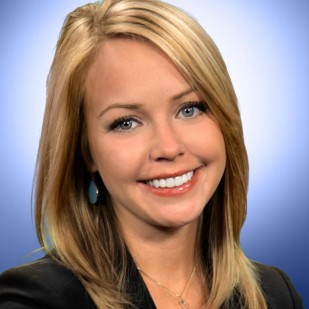 Courtney Francisco joined the KFOR-TV team as a reporter in Sept. of 2012.

Courtney is an award-winning reporter who comes to Oklahoma from Beaumont, Texas.
She also worked in Waco, Texas where she shot, wrote and edited all of her stories.

During her time in Texas, Courtney covered a wide variety of stories including the Article 32 hearing of accused Fort Hood shooter Nidal Hasan, the devastating 2011 drought and the execution of Lawrence Brewer, the man convicted in the dragging death of James Byrd, Jr.

Courtney grew up in the Appalachian Mountains of Northeast Tennessee.

She graduated from the University of Kentucky with a degree in Broadcast Journalism.

One of Courtney’s favorite hobbies is horseback riding.
When not working, she can be found trying out the restaurants around the city.
She is excited to learn about the culture in Oklahoma.
If you have a story idea, email her at Courtney.Francisco@kfor.com.
—-
Life Goal – to make a habit of enjoying the present moment.
Favorite TV Show – King of the Hill because it’s funny and My Strange Addiction because I like watching the unexpected.
Favorite Car – a clean one!
Happiest moment in my life was… So far, making it through college and starting a career after a lot of hard work.
4 notable persons you’d invite to dinner – Lara Logan, Ron Turcotte (Hall of Fame Jockey and rider of Secretariat — I’m into horse racing) Will Ferrell (I love to laugh) and Hunter Thompson
Favorite food – chicken and dumplings and banana peppers
Pet – I don’t have a pet. I had a Chihuahua named Poco for 16 years. I can’t replace her because my loyalty is to her.
Knew you wanted to be a reporter when … I watched news growing up, and I realized it is how we get life-changing information about our community.
Best movie of all time – When the Levees Broke: A Requiem in Four Acts. It’s an important documentary about the devastation caused by Hurricane Katrina.
Hardest part of my job – Seeing the effects of senseless, tragic crimes.
Favorite holiday – Thanksgiving. Family and food!
School fight song – On! On! U of K!
My favorite story of all time – I don’t know if I have a favorite yet, but most interesting would be Article 32 Hearing of accused Fort Hood Shooter, Maj. Nidal Hasan.
People are surprised when I tell them… my heritage.
I like to listen to… country music or listen to people tell funny, real life experiences.
Favorite Book – Man’s Search for Meaning by Viktor Frankl
I’d jump at the chance to… go to Paris, France.
Best part of the day – evening, just before dark.
Favorite place to be other than home & work – Relaxing on the beach with family.