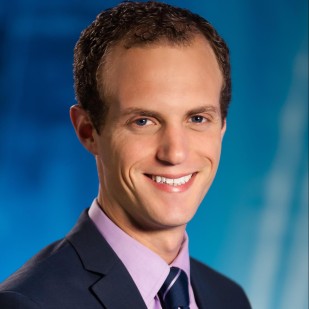 Lorne joined the NewsChannel 4 team in August 2015 and is thrilled to be living his dream while getting to know a new city and a new state.

Lorne grew up in Colorado but his career has taken him across the country, working as a multimedia journalist — shooting, writing, and editing his own stories.

He comes to the Sooner state by way of Lansing, MI, where he learned a thing or two about just how beautiful a lake can be and just how cold a winter can get. As weekend anchor and a reporter at WILX, Lorne covered anything and everything in the “Mitten,” be it potholes, politics, or the Spartans at Michigan State University. In 2014, the Michigan Association of Broadcasters named Lorne the best reporter in the area.

Lorne may have tasted green in mid-Michigan, but his heart is pure orange. He is a proud alumnus of Syracuse University and CitrusTV, the school’s independent, student station. Many of his days and nights were spent at the studio, working across the news, sports, and Spanish news departments. In the summers, he interned at his hometown station, CBS 4 News, in Denver.

Those invaluable experiences helped him land a part-time reporting job at WBNG-TV in Binghamton in his final semester. It also helped him win first place in the prestigious Hearst Journalism Features Competition and fourth in the overall competition.

Outside of the office, you might just catch him step-step-triple stepping to the Lindy Hop or strumming his guitar along to the Beatles. He also loves to play tennis and ski.

Lorne wants to tell your stories and the stories that matter to you! Please don’t hesitate to send an email, even just to say hello!