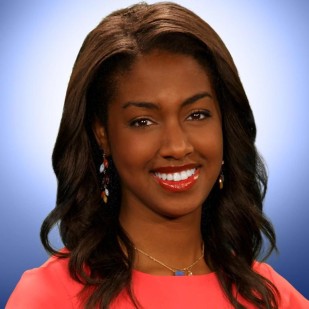 Paige Hill joined the KFOR-TV team as a reporter in May 2013. The Putnam City North Panther alumna is excited to be back in her hometown working with some of the same faces she grew up watching and admiring.

Paige is back in Oklahoma from Missouri where she worked for the St. Louis Rams hosting their behind the scenes show ‘Rams Nation’. She’s traveled the world, from London to Hong Kong with the Rams, both as a host and cheerleader.

Paige graduated from Lindenwood University. During her time at Lindenwood she contributed to a tri-weekly student run newscast as a reporter, photographer, editor, producer and anchor. Before graduation she started out as an intern both in Tampa, Florida and St. Louis gaining hands-on experience from veteran reporters.

Paige is a self-proclaimed pageant girl after winning Miss Oklahoma Teen USA back in 2007. When she’s not working she enjoys exploring everything about Oklahoma City that has grown so much since she’s been gone.

Life Goal… to never have to “work” a day in my life. I want to always be doing what I love.

Most embarrassing moment… During my basketball days growing up I scored a lay-up for the other team. I even celebrated a little bit before turning around and realizing that no one was cheering with me.

Knew you wanted to be a reporter when… after the 9/11 terrorist attacks there wasn’t much to watch on television but the news. I became very curious about how the news worked and how everyone knew so much information. You could call me nosey, but I wanted to know everything too!

Best movie of all time… A Little Princess

Best part of my job… meeting some pretty awesome Oklahomans!

People are surprised when I tell them… that I didn’t play basketball in college… or volleyball!

I like to listen to… anything! If it’s a catchy song chances are I’m listening to it.

Best part of the day… is being out in the field and getting inside the community. The people in my stories are what makes everything fall into place.

Favorite place to be other than home & work… I love to visit my old dance studio, Top Hat Talent.

Anything else you want viewers to know about you? I am just so happy to be back home and ready to live up to the Oklahoma standard. There really isn’t anywhere in the world like Oklahoma City.