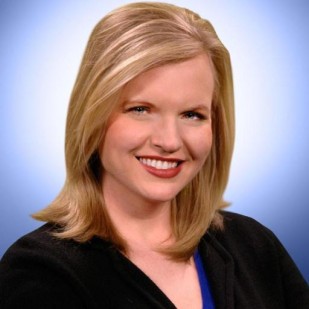 Sara Celi joined Freedom43TV as the 9 p.m. anchor in Sept. 2011 after more than seven years in TV. Her broadcasting career has made stops in Shreveport, Louisiana and Cincinnati, Ohio, her hometown. Sara graduated from Western Kentucky University with a double major in Broadcast News and History in May 2004.

She started out shooting her own stories at KSLA just one week after she graduated college and since then has worked in almost every news gathering capacity in the newsroom.

In 2005, the Louisiana Association of Broadcasters recognized Sara for her reporting.

When she’s not at work, you can usually find her training for her latest race.

In March 2011, she completed the LA Marathon, despite the rainy and windy conditions that forced almost 4,000 other runners to be treated for hypothermia!

One day, she plans to write a novel.

Play any sports/Favorite Sport – I am a runner, and I love competing in races. I recently won my age group in a 5K, and in March 2011 I ran the LA Marathon

Favorite Car – One that runs!

Happiest moment in my life was – the day I married my husband, Sean Celi in the library named after my father at the church where I grew up.

Knew you wanted to be a reporter when – was 7, sitting next to my dad in the living room watching the Berlin Wall come down

Best movie of all time – Breakfast at Tiffany’s

Hardest part of my job – Covering the death of someone who died fighting for our nation and freedom. Because my husband’s an officer in the Air Force, I can’t help but put myself in the shoes of those families.

My favorite story of all time – Covering Cooperative for Education’s snapshot tour through Guatemala this year. It changed my life to see all the good work that group does on behalf of Guatemala school kids. For five days, I toured that beautiful country and wrote stories about the people on the trip and the children we met along the way. It was one of the hardest and most fulfilling assignments of my life.

I’d jump at the chance to – be a foreign correspondent

Best part of the day – right when the sun sets

Anything else you want viewers to know about you – I’m so happy to be here in Oklahoma. I’m looking forward to the challenge!