Verstappen had already been crowned the 2022 world champion at the previous round in Japan, but his victory at the U.S. Grand Prix, held in Austin, Texas, helped secure Red Bull the 2022 Constructors’ title. It’s the first time the team has taken the title since 2013.

Verstappen and his team dedicated the victory to Dietrich Mateschitz, Red Bull’s co-founder and owner of the Red Bull F1 team, who passed away on Oct. 22 following a drawn-out battle with cancer.

The race featured plenty of action. Verstappen made the most of a brilliant start to jump ahead of polesitter Carlos Sainz of Ferrari, who was forced to retire after being hit in the first corner by George Russell when the Mercedes driver locked his brakes going into the turn. Russell raced on but was given a five-second penalty. 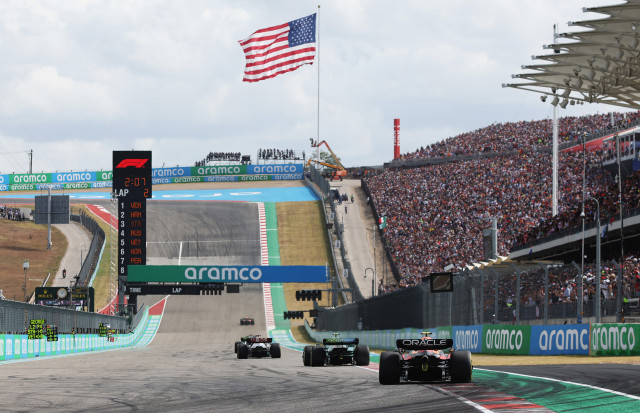 It then looked like Verstappen was in for an easy victory, but things took a turn when Alfa Romeo’s Valtteri Bottas spun into the gravel on lap 18, causing the safety car to emerge. Verstappen was still in the lead after the restart, but the safety car came back out only moments later due to a major crash when Alpine’s Fernando Alonso hit the back of Aston Martin’s Lance Stroll during a high-speed passing maneuver down the back straight.

The race resumed on lap 26, with Verstappen leading, followed closely by Hamilton and then Red Bull’s Sergio Perez and Ferrari’s Charles Leclerc. Both Perez and Leclerc drove impressively to make their way to the lead pack after starting down the order due to penalties attached to swapping power unit components.

Hamilton pitted on lap 35, after which Verstappen responded by stopping as well. A delay for Verstappen meant he came out behind both Hamilton and Leclerc. Verstappen managed to pass Leclerc a few laps later but was a few seconds behind Hamilton. Verstappen then put in a series of fastest laps to catch up with Hamilton, and at six laps to go Verstappen made use of the Drag Reduction System to pass Hamilton and cruise on to victory. Hamilton crossed the finish line in second place, some five seconds later, while Leclerc claimed third, some 7.5 seconds behind the winner.

Following the weekend’s action, Verstappen leads the 2022 Drivers’ Championship with 391 points. Leclerc is second with 267 points and Perez third with 265 points. In the Constructors’ Championship, Red Bull sits on an unbeatable 656 points, versus the 469 of Ferrari and 416 of Mercedes. The next race on the calendar is the Mexican Grand Prix scheduled for this weekend. 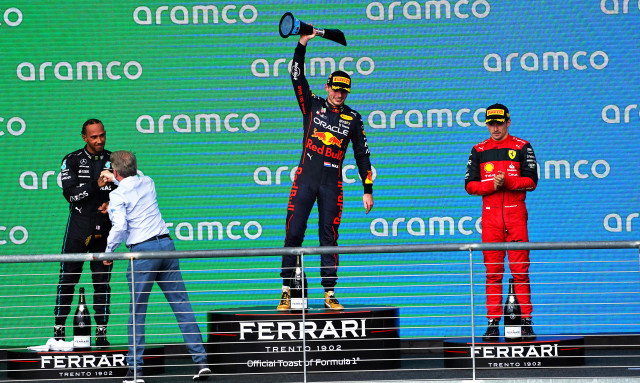 Below are the full results from the 2022 Formula 1 United States Grand Prix:

FedEx driver says he strangled girl in van after …