ORLANDO, Fla., May 4, 2022 /PRNewswire/ -- A mother and daughter escaped their war-torn home in Eastern Ukraine last week and embarked on a perilous journey across the world. Violetta Herasymenko and her daughter Ulliana recently fled their war-torn city in Ukraine, but not before living through complete terror and near death.

Violetta initially did not want to leave Ukraine. But then, her home was bombed and she and her 9-year-old daughter, Ulliana, had to live out of a basement for over a month.

"I decided to get from Ukraine because I was so scared for my daughter's life," Herasymenko said.  She said they were able to escape with the help of Florida Attorney Dan Newlin. Last week, Newlin's team assisted in coordinating the family getting from their basement to an awaiting bus after a church contacted him.

With the approval of United States Customs and Immigration, the mother and daughter then traveled to Poland, Germany and Mexico before finally touching down in the USA. Violetta and Ulliana arrived at Orlando International Airport in Newlin's private plane Wednesday afternoon, where they received a warm welcome from Mickey and Minnie Mouse.  Newlin's law firm donated a home in Melbourne, Florida for one year and local Brevard churches and residents vowed to lend additional support.

"I am honored that I am in a position to help the people of Ukraine, I traveled to Ukraine several times over the years and really enjoyed the people and culture. I am truly heart broken to see the horrors we are all witnessing," Newlin said.

Dan Newlin has also funded Ukrainian rescue operations that sent a complete medical/surgical team into Ukraine where numerous emergency surgeries were performed by American surgeons on children in need of emergency medical care. Newlin has also sent several cargo air shipments of medical and humanitarian supplies to Ukraine, and he says he plans to continue to provide tactical support and humanitarian support to Ukraine. Newlin said, "We still have much to do. This is what we're supposed to do as humans to help others." 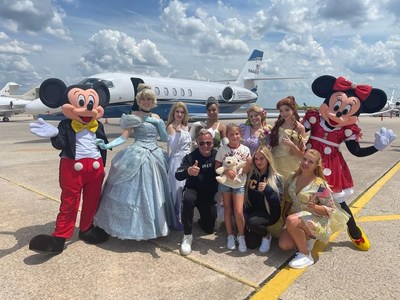 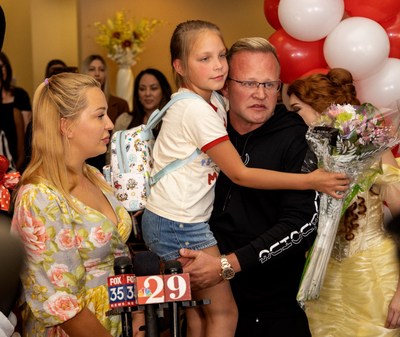 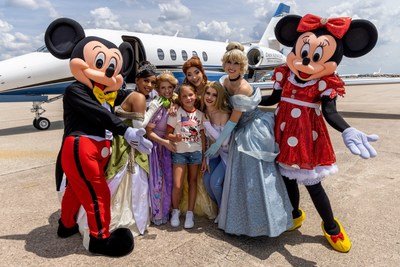