CALHOUN COUNTY, Ala. – Twelve men have been arrested in connection with the alleged rapes of two underage girls, with some of the incidents allegedly occurring on the campus of Jacksonville State University and involving students at the school, authorities in Alabama said Friday. 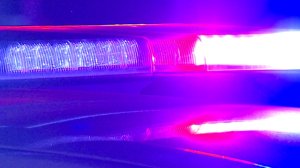 Investigator Jay Harrington of the Calhoun-Cleburne Major Crimes Unit says the alleged victims are between 12 and 16 and the crimes occurred between January and September of this year at or near the university.

Harrington says that all 12 suspects will have a court appearance on Monday in Calhoun County. He did not give any names, say how many suspects are students or provide details of the alleged assaults.

In a statement, Jacksonville State said it was notified “of alleged student misconduct involving non-students communicating directly with JSU students by electronic means and then coming onto campus grounds and adjacent properties on multiple occasions.”

Bill Broome, an attorney representing one suspect, said one girl portrayed herself on social media as being 19 years old, according to CNN affiliate WBRC.

“This is just wrong to label these young men as rapists and potentially have to register as sex offenders,” he told WBRC.

The school said the matter was referred to the district attorney’s office and campus police and administration officials are fully cooperating.

“Investigators have informed us from the onset that this was a contained situation and that there was not — nor does there appear to be at this time — any safety concern for any JSU students arising out of this matter,” the university said in a statement.

“We as an institution and as a community are committed to maintaining a secure and trusted campus environment for our students, employees, visitors and guests, and we will continue with appropriate vigilance and campus-wide education.”

CHEYENNE, Wyo. (AP) — The widow and two sisters of a U.S. Marine killed in Afghanistan are suing Alec Baldwin, alleging the actor exposed them to a flood of social media hatred by claiming on Instagram that one sister was an “insurrectionist” for attending former President Donald Trump's Washington, D.C., rally on Jan. 6 last year.

The sister, Roice McCollum, protested peacefully and legally; was not among those who stormed the U.S. Capitol that day; and, after being interviewed by the FBI, “was never detained, arrested, accused of or charged with any crime,” according to the lawsuit filed Monday in U.S. District Court in Cheyenne.

(The Hill) -- Both vaccination and a prior infection provided protection against infection and hospitalization from COVID-19, but rates were actually lower among people who had recovered compared to people who were vaccinated, according to a new study the Centers for Disease Control and Prevention (CDC) released Wednesday.

The study is likely to further fuel the people who insist natural immunity is just as protective and won't get vaccinated because they've been infected with COVID-19 at some point and recovered.

OKLAHOMA CITY (KFOR) – For the second day in a row, Oklahoma health experts are reporting more than 10,000 new COVID-19 cases in the Sooner State.

On Thursday, data from the Oklahoma State Department of Health shows that the state has had 866,403 confirmed cases of COVID-19 since March of 2020.