The 16-year-old girl was shot in the head. She was taken to OU Medical in Oklahoma City, where police say she passed away. 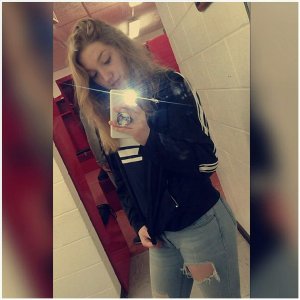 It happened around 5 p.m. Friday at a southwest McLoud neighborhood just north of McLoud High school.

Police are still gathering information on the shooting, but Pringle said a gun was recovered from the scene. He went on say there were several people in the home during the time of the shooting and all of the witnesses are juveniles.

We spoke with a neighbor who said he heard the gun shot.

“It was very sad a very sad scene,” Larry Gonzalez describing what was going on in his neighborhood.

Gonzalez says he was sitting on his front porch when he heard a gun shot at the house across the street.

“There was someone that came outside and said that she was shot and to call 911,” said Gonzalez.

That’s when Gonzalez says he went to the house and found Thomas on the floor bleeding.

“I knew it was a head shot, I know that it was her head that was bleeding.” Said Gonzalez.

He said there was a boy there trying to help apply pressure to the wound. He said he didn’t know the victim but his daughter did.

“I know that she is the same age as my daughter, but it really sunk in.”

This is the second shooting this year in this neighborhood.

News 4 spoke with the McLoud superintendent as the high school is just a block away from the scene.

He says the victim is a student at McLoud High School.

He also said the school was on lockdown right after the shooting.

The superintendent said that’s why the football game with Cushing was postponed, but the game will be played Saturday at 1 p.m.

The shooting remains under investigation.

Man survives after huge tree falls into his apartment, lands on his lap

Gilead Sciences drug may help treat coronavirus symptoms, according to WHO

Man survives after huge tree falls into his apartment, lands on his lap

Gilead Sciences drug may help treat coronavirus symptoms, according to WHO