OKLAHOMA CITY- A 19-year-old girl is in the fight for her life. Her family says one minute she was sitting in a car, the next, she had a bullet in the back of her head.

DaTaysha Martin’s family says she is doing much better Friday than earlier in the week. They’re not sure if they’re buying the person responsible’s excuse that it was all a big mistake. 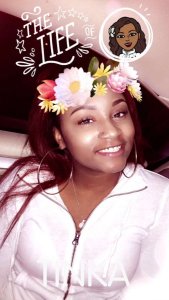 The family is leaning on one another for support after Martin, 19, was shot in the back of the head, allegedly by her boyfriend’s best friend.

“The guy that shot her jumped out the back seat… jumped into the driver seat and drove off. Then that’s when he found the officer,” said Tamara Martin, DaTaysha’s grandmother.

That officer was near Southwest 30th and Penn when 19-year-old Marcos Watson approached him ‘clearly upset and panicked.’ He pointed to the car behind him, where Martin was ‘slumped over’ and ‘bleeding.’

“The boy sitting behind her was playing with the gun. They kept saying put it up, put it up. So, he was supposed to be taking the bullets out but there was still one in the chamber,” Martin said.

Martin’s family says two other men, including DaTaysha’s boyfriend of three years, were with her when she was shot, but ran off.

The family does not want Watson to be the only one held accountable.

“Out of all three of them, he’s the one who tried and get her some help. We just want to know if it was an accident or if there was more involved to it,” said her aunt Diamond Jackson.

It is still unclear what exactly unfolded in the moments before Martin was shot, but her family desperately hopes anyone who might have seen something comes forward to police.

“Any information they may not think is something, the smallest thing could be major to our family at this time, right now,” Jackson said.

DaTaysha remains in the Intensive Care Unit in critical condition. Her family hasn’t heard from DaTaysha’s boyfriend since the shooting. We also tried calling him twice, but so far, no answer.