The earthquake rattled just before 10:30 p.m. in Otoe, near Stillwater. Some said they also felt it in Tulsa.

Let us know if you did, through our Instagram Stories poll: 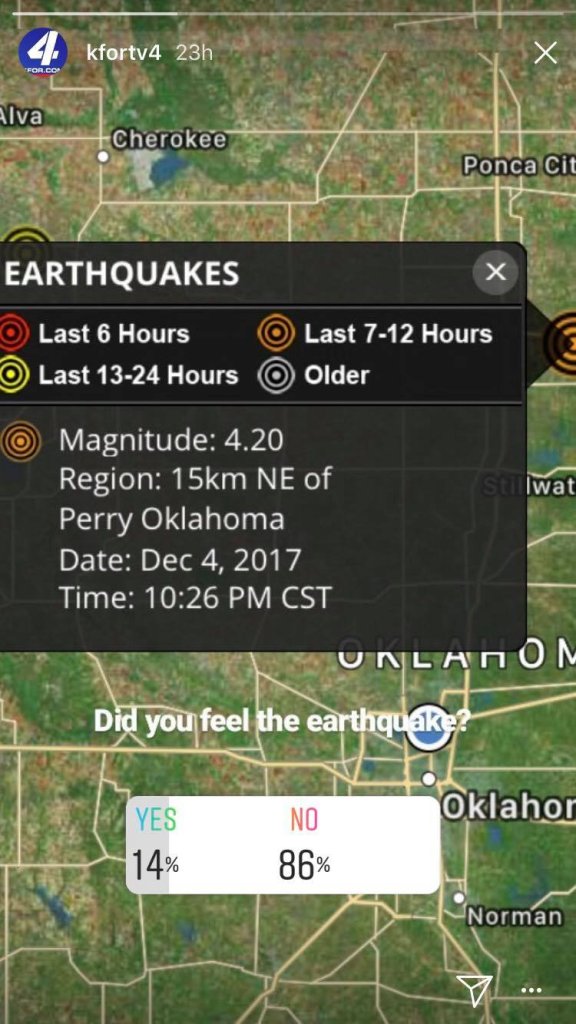 A second, 2.8 magnitude, was reported shortly after in the same area.

The state had another two quakes earlier Monday.

The first was a 2.9 overnight in Horntown, near McAlester. The other was a 2.8 during the evening in Carmen, near Enid.

We definitely just had a earthquake. @kfor

Pretty large earthquake just hit in downtown Stillwater. It rattled the doors and had felt like the ground was rippling beneath my feet. #earthquake

Oklahoma student inventors come together to show off their best ideas