A Tornado Watch has been issued for central and western Oklahoma until 10 p.m. Wednesday.

Wednesday afternoon, a Tornado Warning was issued for Greer and Kiowa counties.

That tornado warning expired earlier in the evening.

The storms continued to move east/northeast towards Caddo, Kiowa and Washita counties where another Tornado Warning was issued, but later expired.

A Tornado Warning was also issued for Cotton, Comanche and Tillman counties. This storm became extremely dangerous and the warning was extended until 7:45 p.m. and later expired.

The National Weather Service says 100 mph winds were reported near Frederick around 6:30 p.m.

630pm – winds over 100 mph have been reported near Frederick. This is a dangerous storm

Thankfully, so far, no injuries have been reported.

Tillman County officials say they do have reports of damage, but are still surveying areas.

Officials in Kiowa, Washita, Beckham, Caddo, Harmon and Jackson counties say they have no reports of any damage.

Will Rogers World Airport officials say all operations have been suspended until further notice due to the storms.

As severe weather moves into the WRWA area, the airport is taking precautions and moving people to the airport tunnel . All operations have been suspended until further notice. People should not come to the airport at this time. #okwx#okc

Some pics from minutes ago as #okwx passed the airport. Passengers have moved back into the terminal but severe weather continues to slow airline operations. Delays/cancellations should be monitored through your airline. #OKC pic.twitter.com/awoQvPM8p7

Storms moved into the metro around 8 p.m. Wednesday.

Just after 9 p.m., all Tornado Warnings were canceled.

The westbound lanes of the H.E. Bailey Turnpike near Newcastle were closed due to dangerous winds. Oklahoma Turnpike Authority employees at the Newcastle Gate were inside their tornado shelter.

The turnpike has since been reopened.

More than 1,000 people were without power in the Edmond and Oklahoma City area.

There are reports of flooding on the road. Turn around, don’t drown! 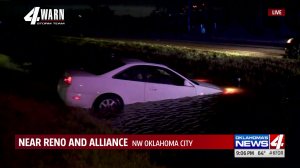 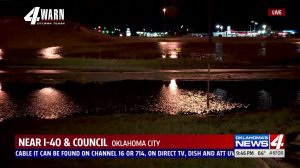 The Oklahoma City Fire Department also rescued a man whose vehicle came to a rest in a creek after he lost control near Lake Hefner Parkway and Hefner Rd.

Firefighters were able to tell the man to get on top of his car where a rope was thrown to him, and he was quickly pulled to safety.

Just after being rescued, the man’s vehicle was swept away in the water and became entangled in trees.

Thankfully, there were no injuries. 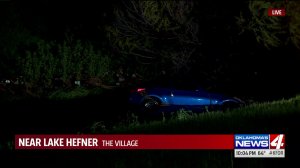 WASHINGTON (NewsNation Now) — Women now hold many of the jobs controlling the U.S. economy —the world's largest — and they're trying to fix it, overcoming continuing pandemic challenges.

(NEXSTAR) – Pfizer and BioNTech requested Friday that the U.S. Food and Drug Administration grant emergency use approval to start administering the COVID-19 vaccine to children ages 12 to 15.

The companies said in a news release that they plan to request the same authorization – which could help children return to classrooms sooner – from other regulatory authorities around the world this week.

BEIJING (AP) — In a rare admission of the weakness of Chinese coronavirus vaccines, the country's top disease control official says their effectiveness is low and the government is considering mixing them to get a boost.

Chinese vaccines “don’t have very high protection rates,” said the director of the China Centers for Disease Control, Gao Fu, at a conference Saturday in the southwestern city of Chengdu.

75 years since the birth of Lake Texoma; the Army Corps of Engineers celebrates the dam that created it