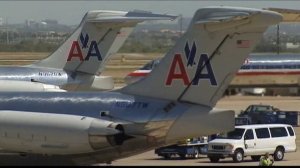 He “inserted a foam substance into the ADM system and used super glue to hold the substance in place,” the US Attorney’s Office said in a statement.

On Wednesday, Alani was led into a Miami federal court wearing shackles on his legs and answered the judge’s questions through an interpreter. Several of Alani’s relatives, including his wife, were present at the hearing.

“This case is about what you heard. Somebody taking responsibility for what he did,” Alani’s attorney, Jonathan Meltz, told reporters on Wednesday.

Meltz said his client could be sentenced to about three years in prison. His sentencing is set for March 4.

“He worked double shifts, and triple shifts to provide for his family. After being a mechanic for 20 years, this is what he’s dealing with,” Meltz said.

Alani was indicted in September for willfully attempting to damage, destroy, disable and wreck a civil aircraft, according to a grand jury indictment. The charges carried up to 20 years in prison.

150 people were aboard the plane
A plane set to fly from Miami to the Bahamas in July with 150 people on board was about to take the departure runway when takeoff was aborted, federal prosecutors said.

Pilots noticed an error related to the ADM system when “the flight crew increased power to the aircraft engines,” the US Attorney’s Office said.

According to court documents, Alani told investigators that he was upset over a contract dispute between union workers and the airlines, and the dispute had cost him money. He allegedly explained that he tampered with the aircraft so he could get overtime pay for working on the plane.