Skip to content
This is an archived article and the information in the article may be outdated. Please look at the time stamp on the story to see when it was last updated.
EL RENO, Okla. (KFOR) — Five district judges are at the center of a civil lawsuit about keeping poor people in jail illegally. The American Civil Liberties Union (ACLU) filed a lawsuit Tuesday, against Canadian County Court and the five judges who preside over criminal cases. The plaintiffs, including six Canadian County residents and the NAACP, allege the process by which the judges assign bail is unconstitutional. The ACLU  believes the Canadian County has been breaking the law for years. “Having a system where people are sitting in cages because they don’t have money is illegal,” said ACLU staff attorney, Zoe Brennan-Krohn.

Janera Musgrave Janara Musgrave was arrested on misdemeanor drug charges November 11th. She sat in jail a week until she appeared before Judge Khristan Strubhar. Musgrave’s video arraignment lasted less than a minute. She says she was told not to speak. According to the ACLU there was no consideration of her ability to pay or her flight risk. Musgrave couldn’t afford $300 to pay for a bail bond to secure her release. She’s been in jail a month. Her next hearing is December 16th.

Dakota Kappus Dakota Kappus was arrested November 7th and charged with three felonies: car theft, trespassing and leaving the scene of an accident. Kappus’ bond was set by Judge Charles Gass in a quick, private video conference on November 25th which Kappus barely remembers. There was no defense attorney present during the preceding. Kappus was not allowed to advocate for his release. He says Judge Gass did not ask if he was a danger to the community, or a flight risk when he set his bond at $12,000. Kappus cannot afford $1200 to get out. He’ll be in jail until his next hearing a month after his arrest. 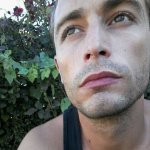 Bradley Barber Jr.  Bradley Barber was arrested on one misdemeanor count for possession of drugs November 19th. On November 26th Barber had his initial appearance in front of Judge Charles Gass in a closed video hearing. The judge set Barber’s bond at $1000. Barber was not offered an attorney or any legal advice about how to navigate the judicial system. If Barber could pay $100 to a bail bondsman, he could get out of jail. According to the ACLU, Barber either couldn’t pay, or choose not to pay because many inmates fear if they pay bail, they will be denied legal assistance from a public defender.

Jermaine Bradford Jermaine Bradford was arrested on two misdemeanor charges for DUI and driving without a license. According to federal law, detainees are required to be arraigned (formally charged) within 48 hours of their arrest. Bradford was arrested November 20th, but according to court records he did not see a judge for six days. Bradford says his video arraignment lasted less than five minutes. He spoke to Judge Strubhar on a phone while on video conference in a visitation room at the jail. His bond was set at $2000 without explanation. Bradford remains behind bars in the Canadian County jail because he cannot afford $200 to get out.

Misty White Misty White was arrested November 16th for violating a victim protection order (VPO) she didn’t understand. Canadian County Judge Khristan Strubhar set White’s bail at $4,500 during a video hearing in the judge’s chambers. She did not have a lawyer guide her through the legal process. White says she was not allowed to speak or advocate for her release. According to the ACLU there was no consideration for White’s disability during the off-record proceeding. White could not afford the $450 required to be released from jail. She’s been incarcerated a month. Her next hearing is December 18th. 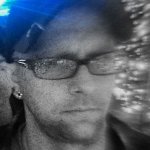 Landon Proudfit Landon Proudfit is accused of felony arson and burglary. His bond was set during a closed, video hearing by Judge Strubhar; $30,000. According to the ACLU the judge set the bond amount without consideration of Proudfit’s ability to pay or risk to the community. Proudfit lives with his wife who pays the bills for their family because he cares for his disabled father and brother who has cerebral palsy. The Proudfits have no savings. He needs $3000 to get out of jail. The court has not set his next appearance yet, but Proudfit expects to stay in jail until his hearing because of his inability to pay. The ACLU legal team has spent two years interviewing hundreds of inmates in jails across Oklahoma. “You have a first amendment right to appear in open court where people can witness those proceedings and ensure justice is done for everyone in Canadian County. That is not happening,” said ACLU staff attorney, Megan Lambert. “A judge is supposed to ask you questions about your ability to pay that bail. They’re supposed to ask if you have a job. How much savings you have. And those questions are not happening.” In Canadian County and many counties throughout Oklahoma, video bond hearings are the norm. However, in many counties, those video arraignments are done in open court and with defense attorneys present to advocate for their clients. “These are folks who are not convicted of any crime. These are folks who are presumed innocent, who are incarcerated for no other reason than they cannot afford their freedom,” Lambert said. The problem, according to the ACLU, is the practice of mass incarceration of the impoverished does not make Oklahoma safer because the wealthy are free to walk on day one. “We have people sitting in the Canadian County jail for weeks because they can’t afford $100 to pay a bondsman for a misdemeanor charge,” Brennan-Krohn said. “But if you have a lot of money and you are charged with a very serious crime you can walk out of jail the same day because you can pay your bail.” Wealth-based detention is now being challenged in Oklahoma. “This system does not keep us any safer,” Lambert said. “It means that if you are a true danger to the community, but you have money, you can still get out.” The ACLU has been fighting mass incarceration practices across the United States in recent years. This is the first case is the country based on the legal argument that these practices are not-only unconstitutional, but also a violation of federal disability claims. About half of incarcerated individuals suffer from some kind of physical or mental disability. The court system is required to make reasonable modifications for defendants with disabilities. News 4 reached out to each of the Canadian County judges listed as defendants, and the Canadian County District Attorney. Canadian County presiding District Court Judge Paul Hesse released the following statement on the suit:

The federal complaint filed yesterday by the NAACP and others criminally charged as defendants in Canadian County does not fully and accurately describe the bail procedures that currently exists in Canadian County. Also, many of their factual assertions are patently false. The judges of this judicial district follow regular procedures and administrative orders that are designed to protect the rights of all arrestees and accused. For example, bail reform measures implemented in 2018 by District Court Judge Paul Hesse have resulted in a significant decline in the jail population and the routine release of inmates on personal recognizance. A review by the federal court of the bail procedures in Canadian County is welcomed.