CLEO SPRINGS, Okla. – Authorities say they have arrested another man in connection to a drug case involving an Oklahoma coach.

In February, detectives with the Enid Police Department arrested 27-year-old David Powell and 25-year-old Cody Griffin for distribution of an imitation controlled dangerous substance, violation of the Computer Crimes Act and possession of drug proceeds. 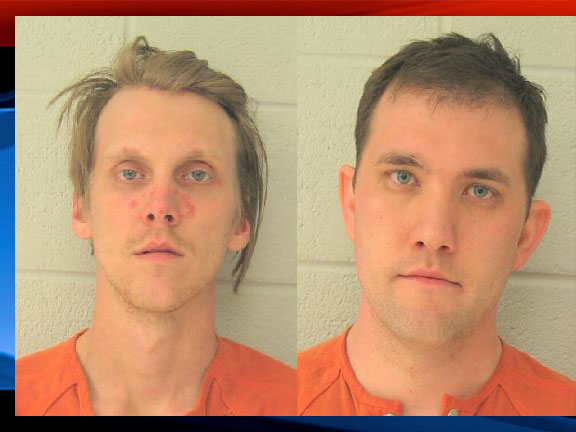 Officials say it all began on Feb. 4 when Powell allegedly contacted a police informant and offered to sell methamphetamine. After meeting up with the pair in a parking lot, police arrested Powell and Griffin.

Now, it seems another teacher has found himself in trouble with the law as officials continue to investigate the case.

Agents with the Oklahoma Bureau of Narcotics and the Alfalfa County Sheriff’s Office arrested Mark Duane Burdine on three counts of endeavoring to possess a controlled dangerous substance and three counts of violation of statute via computer.

According to the Enid News & Eagle, Burdine allegedly sent Powell several messages in an attempt to purchase marijuana.

In March, an OBN agent served a search warrant at Aline-Cleo High School and seized an iPhone 6 Plus from Burdine.

Investigators say they uncovered several messages between Burdine and Powell that relate to the purchase of marijuana from a man in Woodward.

Burdine is listed as a history teacher and the girls basketball coach on the Aline-Cleo Public School District’s website.