GUTHRIE, Okla. –  Authorities in Guthrie say a fourth man is wanted in connection to the murder of a man who was shot 36 times in front of a Guthrie home.

Police say 24-year-old Joseph Angelo was shot 36 times in the face and torso outside a home in the 300 block of S. Oak St. in Guthrie.

“The amount of times that the person was shot was very strange. There were two different calibers of shell casings that were located on scene. …that is odd. That means there’s at least two weapons and at least two shooters,” said Sgt. Anthony Gibbs, with the Guthrie Police Department.

Neighbors said Angelo wasn’t the type to get into trouble and was always willing to lend a hand.

A warrant affidavit states that the woman who lived in the home where Angelo was murdered told police she had been involved in a drug deal a few hours earlier that night.

The woman, identified as 23-year-old Rachel Smith, told police that she drove three black males to another Guthrie home, where the men tried to rob the homeowner of marijuana.

A few hours after the robbery, Smith said she was at her home with Angelo when he decided to walk home. After Angelo went outside, Smith said she heard gunshots on her porch.

Court documents state the murder may have been in retaliation for the robbery that occurred earlier that night.

Since the deadly shooting, Reggie Dewayne Smith, Derrick Eugene Smith and Frederic Veasley were arrested on charges of first-degree murder.

Now, investigators are searching for a fourth person in connection to Angelo’s murder.

The Oklahoma State Bureau of Investigation says an arrest warrant has been issued for 23-year-old Jashawn Bracey Perry for first-degree murder. 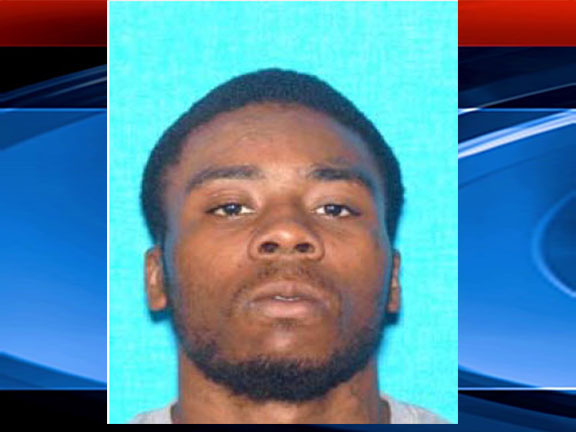 Perry is 5’3″ tall and weighs 135 pounds. His last known address is in Midwest City, and special agents believe Perry is armed and very dangerous.

If you have any information about Perry’s whereabouts, call 911.