OKLAHOMA CITY – After remains discovered at a landfill were identified, the Oklahoma attorney general has filed new charges in the case of a missing girl.

On Feb. 2, Oklahoma City police learned 13-year-old Geanna Durham had been missing for a while.

“We believe she may have been missing for a year or longer,” Oklahoma City Police MSgt. Gary Knight told KFOR at the time.

One week later, officers were tipped off a body may be found in a local landfill.

A witness came forward and told police he overheard an employee at a Del City storage center “talking about an employee at the storage facility finding a body inside a chest wrapped in blankets and plastic wrap,” according to court documents.

“The subject who found the body described seeing a human leg bone with some tissue still attached along with a pelvic bone,” the documents read. “The subject advised he notified his relative who works at the storage unit, and they contacted the owner who advised them to throw the trunk containing human remains into a dumpster.”

At the time, police believed the remains were Geanna’s.

The teen’s mother, Reshawnda Durham, was originally charged with three counts of child neglect after authorities discovered the remains, only one of which stems from Geanna’s disappearance.

On Monday, the Oklahoma State Medical Examiner confirmed the remains belonged to Geanna.

Reshawnda was charged with failure to report discovered remains and one count of unauthorized removal of a dead body. 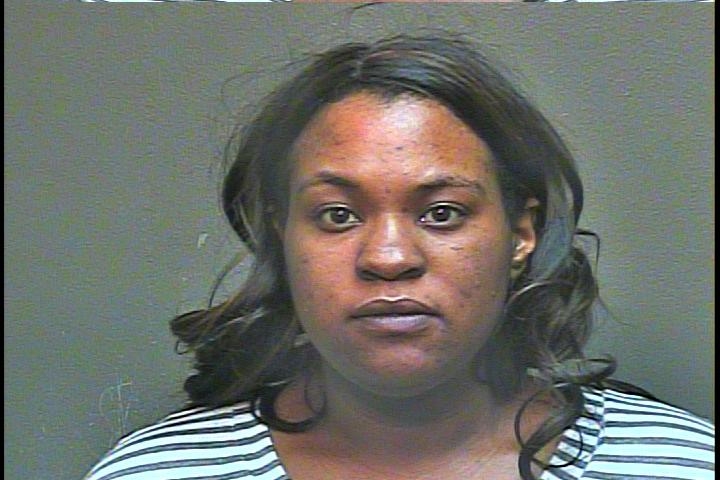 Officials allege Reshawnda failed to report the discovery of Geanna’s remains at her home in Oklahoma City.

They also allege Reshawnda took Geanna’s body from her home and took her body to Scott Street Mini Storage, which is owned by Pelfrey.

Pelfrey, 76, faces one count of accessory after the fact and one count of unlawful removal of a body or, in the alternative, desecration of a human corpse.

Authorities allege Pelfrey misled detectives by saying Reshawnda was not using a storage space at the facility when she was.

Pelfrey is also alleged to have instructed employees to clear out the contents of Reshawnda’s unit and delete her rental records.

“I want to thank both the Oklahoma City Police Department and the Department of Human Services for their hard work and diligent efforts during this months-long investigation,” Pruitt said. “While the young victim in this case will never see the life she deserved, we are one step closer to ensuring justice for Geanna.”

According to a court document, during a recorded phone conversation from the jail, Reshawnda “admitted to her mother she found Geanna in reference to her being dead, but didn’t do anything because of her being in a mental health program”.

If convicted of the new charges, Reshawnda could face up to seven years in prison and fines of up to $6,000.

Pelfrey could face up to nine and a half years in prison and fines of up to $13,000.

(NEXSTAR) – At the urging of the Food and Drug Administration, Pfizer and Moderna will be expanding their COVID-19 vaccine trials in children ages 5 to 11 as a precautionary measure after rare side effects were detected in some people under the age of 30, the New York Times reports.

DEL CITY, Okla. (KFOR) – Authorities in Del City are searching for a driver connected to a deadly hit-and-run.

Around 11:57 p.m. on June 13, officers with the Del City Police Department were called to a hit-and-run involving a bicyclist in the 4000 block of S. Sunnylane Rd.

LeVar Burton says ‘Jeopardy!’ tapings got off to rough start: ‘Can’t let your focus drop for a nanosecond’

Dems push for federal climate action: ‘Not your grandfather’s fires’

Advocates want Democrats to deliver on legalization after setback to ‘Dreamers’