OKLAHOMA CITY - Authorities have finished the search for evidence in connection to a horrific murder case that shocked the community more than five years ago.

On Oct. 13, 2011, officers were called to the Homeland store on N.W. 23rd St. after receiving numerous reports of a foul odor.

When they arrived, investigators found a black bag with a severed human head and other dismembered body parts inside. 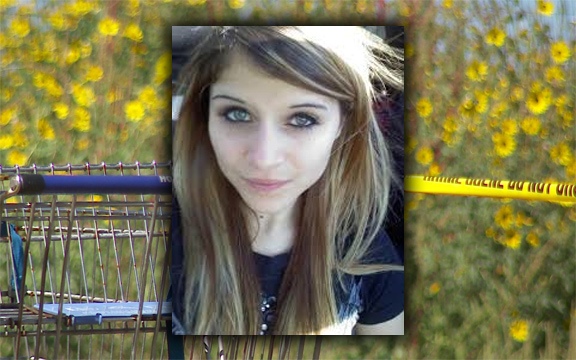 Throughout the investigation, officials learned Saunders may have been tortured and killed at an abandoned house in southwest Oklahoma City before her body was dumped in Bethany.

A witness told investigators she “witnessed [Luis] Ruiz physically beat Carina Saunders and then tie her up. That he drug her to an upstairs room and tied her to a small table… that he then cut off her left foot and then tried to cut off her right foot when the saw broke.”

In July 2012, Luis Ruiz and Jimmy Massey were both officially charged with first-degree murder.

For eight months, Ruiz and Massey remained in police custody before the charges were dropped.

Ruiz and Massey were both released from jail when Oklahoma County District Attorney David Prater dismissed the murder charges without prejudice.

Since then, no other arrests have ever been made in the case.

On Monday, agents with the Oklahoma State Bureau of Investigation began digging in a yard near N.W. 10th St. and MacArthur Blvd. after receiving tips in relation to the Carina Saunders case.

According to court documents, Oklahoma City police received an anonymous tip in 2013 that the clothing Saunders was wearing at the time of her murder was located at 504 Oakdale Dr.

The home was searched but nothing was found.

The former homeowner, Kenny Richards, was initially questioned in Saunders' death and was accused of pimping her out shortly before her death.

"And so because we've gotten other leads and tips that sent us here, we're going to do everything we can to write this one off and hopefully we will find something," said Jessica Brown, with the Oklahoma State Bureau of Investigation.

They set aside the entire week for the search.

However, the search went more quickly that anticipated due to the City of Oklahoma City's backhoe and trackhoe doing much of the digging for agents.

State officials confirmed agents did find and seize several items of interest which will be submitted to the OSBI laboratory for forensic analysis.

Authorities would not say what exactly they found.

Agents will file a search warrant return next week with the Oklahoma District Court, listing the items seized.