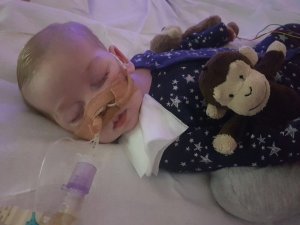 LONDON – The UK’s High Court will reconvene Thursday to hear new medical evidence in the case of baby Charlie Gard, whose parents are fighting doctors to keep him on life support so they can take him to the United States for experimental treatment for a rare genetic disorder. The new date was set at a preliminary hearing Monday.

Charlie’s parents, Chris Gard and Connie Yates, have until Wednesday to submit new written evidence regarding the viability of having Charlie treated abroad with experimental nucleoside therapy.

On Monday, the judge instructed Charlie’s parents to cite the source of all evidence, when it was produced and what difference will it make for their son. They did not produce any new evidence during the preliminary hearing.

At several points during the hearing, Charlie’s parents spoke out. Chris shouted at lawyers for the hospital where Charlie is being cared for: “When are you going to start telling the truth?”

The terminally ill 11-month-old is at Great Ormond Street Hospital in London, which requested the new hearing last week. He’s been there since October, when he began suffering the effects of mitochondrial DNA depletion syndrome.

After leaving court Monday, a family friend read a statement expressing appreciation from Yates and Chris: “Charlie’s parents look forward to the new evidence being heard before the High Court this Thursday 13th July that will result in Charlie’s parents taking him to either the United States of America or to Italy for ground breaking treatment.”

Their legal battle with doctors to prolong Charlie’s life has gained international attention, with Pope Francis and US President Donald Trump among those weighing in. 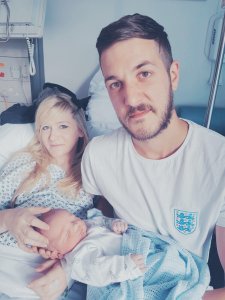 On Sunday, the couple gave the hospital a petition with more than 350,000 signatures from around the world. It called for the family to be allowed to travel for the experimental treatment, though a High Court ruling blocked such a move on June 30.

That ruling was preceded by a series of legal attempts by the young couple, who have tried to make their cases to judges in the High Court, the Court of Appeal and the Supreme Court in London. The hospital has countered it’s in Charlie’s best interest to be removed from life support, as none of the treatments are certain to help him and could cause him to suffer.

Dr. Neena Modi, president of the Royal College of Paediatrics and Child Health, said Monday the high-profile interventions in the case are “unhelpful.”

“Only the family, the doctors treating Charlie and now the legal teams involved know the details of complex issues that define his situation,” she said in a statement. “These issues – unknown to us and all those voicing opinions – will have been considered very carefully in reaching any decision. This is why interventions by external agencies or individuals, no matter how well-intended, are unhelpful.”

Charlie’s doctors in Britain argue he has no hope of surviving without assistance and he should be allowed to die in dignity.