NEW YORK – Barbie underwent a massive makeover in 2016 but, this year, is Ken’s time to shine.

Although 10 new Ken dolls ($9.99) arrive in stores Tuesday, five more will launch in the months ahead.

“We are redefining what a Barbie or Ken doll looks like to this generation,” said Lisa McKnight, senior VP and general manager for Barbie, in a statement.

Mattel debuted the Ken doll in 1961. He wore red swim shorts and cork sandals. His look has since evolved over the decades. 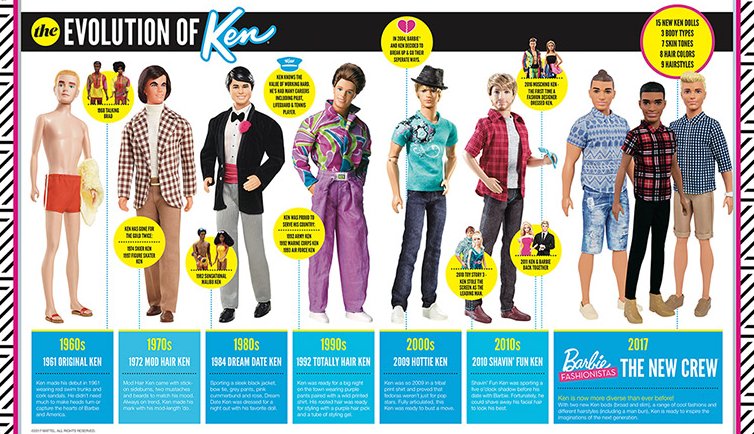 MURRAY, Utah (KTVX) - It wasn't a typical day at work for some mechanics in Utah after a customer asked for help in pulling their new kitten out of their car's dashboard.

John Chambers-Thieling, service advisor for Tim Dahle Nissan, said the owner called them and asked if they could help retrieve the kitten.

The Air Force and OSU will research areas like radar and related sensing and communications systems, computer engineering, flight dynamics, and aero propulsion.

OKLAHOMA CITY (KFOR) – Officials say more than half of the state is listed under the 'moderate' risk category for the spread of COVID-19.

The Oklahoma COVID-19 Alert System is designed to give community members and local officials a method by which they can recognize and communicate COVID-19 risk levels in each county and guide health behaviors.