OKLAHOMA CITY – A bicyclist died at a local hospital, following a hit and run crash early Thursday morning. Police are hoping surveillance footage might help them find the driver of a vehicle that hit a bicyclist, dragged the bicycle about 10 blocks away and then took off from the scene.

“How did the car not realize it?” Deven Rookard told News 4.

Rookard is talking about the jaw-dropping scene that unfolded early Thursday morning in front of her office, prompting a call from her boss.

“He said be on the lookout for the police or somebody coming by wanting footage because it was a pretty crazy accident,” she said.

Rookard is talking about footage from their 24-hour surveillance system. Police are hoping their cameras may have captured a vehicle and possibly a driver they really want to find.

“When officers arrived, they discovered a man lying in the roadway, critically injured. He had been on a bicycle. The bicycle was struck by a vehicle. The driver of the vehicle simply kept right on going,” said MSgt. Gary Knight with the Oklahoma City Police Department.

“Investigators are in the process of trying to obtain video surveillance from several of the businesses around there,” Knight said.

Rookard is also hopeful their footage can help because it hits close to home. Her mom is also the victim of a hit-and-run. She survived, but Rookard said the unanswered questions still haunt their family.

“I mean, were you drunk? Were you under the influence of something? Because, like, how would you not realize that. I mean, I couldn’t live like that. I know that for sure,” she said. 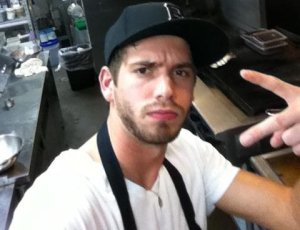 The victim  has been identified by police as 31-year-old Chad Ryan Epley, who lived in the area.

No arrests have been made at this time.

‘We lost that time with our baby’: Newborn screening …

What’s next for Trump Organization after Weisselberg …

WASHINGTON (AP) — Millions of people in the United States will be spared from big increases in health care costs next year after President Joe Biden signed legislation extending generous subsidies for those who buy plans through federal and state marketplaces. The sweeping climate, tax and health care bill sets aside $70 billion over the […]

WASHINGTON (AP) — Last week’s attack on author Salman Rushdie and the indictment of an Iranian national for plotting to murder former national security adviser John Bolton have given the Biden administration new headaches as it attempts to negotiate a return to the 2015 nuclear deal with Iran. A resolution may be tantalizingly close. But […]

PEEKSKILL, N.Y. (AP) — At a recent rally with union workers and other supporters in the downtown square of this small city on the banks of the Hudson River, New York Rep. Sean Patrick Maloney tried to remind Democrats of everything he thinks the party has accomplished. He touted the sweeping coronavirus relief legislation passed […]