SWEDEN – After a long chase, the Swedish Academy has finally reached an arrangement to give Bob Dylan his Nobel Prize in Literature.

But it wasn’t easy.

First, the academy couldn’t reach Dylan after announcing his victory. 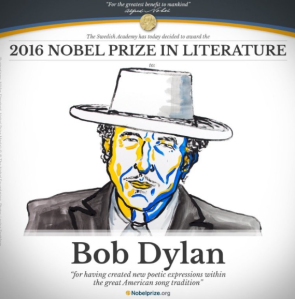 Then, Dylan was a no-show at the awards ceremony.

Finally, five months after he was announced as a winner, the singer-songwriter will accept his diploma and medal when he’s in Stockholm, Sweden, for two concerts.

The academy will give Dylan his award in a small setting with no media, Sara Danius, permanent secretary of the Swedish Academy, wrote in a blog post.

“Please note that no Nobel Lecture will be held,” Danius wrote. “The Academy has reason to believe that a taped version will be sent at a later point.”

The taped lecture is important, because without it, Dylan cannot receive his prize money.

Although most lectures are given in person, other winners, including Alice Munro in 2013, have sent in a tape, Danius said.

Age is not the only risk for severe coronavirus disease

Age is not the only risk for severe coronavirus disease