NICOMA PARK, Okla. - Authorities are investigating a shooting that left a 10-year-old injured in Nicoma Park.

Emergency crews were called to the 11100 block of E. Draper around 2:20 p.m. on Thursday in regards to a shooting.

Initial reports indicated that a 10-year-old child was shot with a .380 handgun.

It was later confirmed that the shooting was an accident.

Officials at the scene say they believe the boy is a son of a contractor, who was working at the house.

Police at the scene say they do not know how the child got a hold of a gun in the first place.

Authorities confirmed he was shot in the head.

However, he was alert when he was transported to a local hospital.

No word on the child's condition at this time, although police say he is stable. 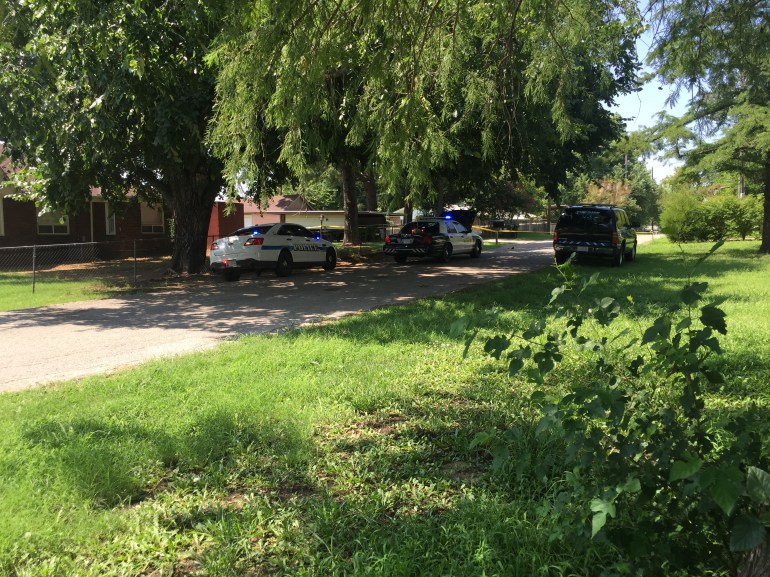 This is a developing story. Check back for updates.

Work continues across the East Coast as electric crews work to restore power to residents following a powerful storm system.

In all, about 2.2 million homes and businesses lost electricity after Isaias whipped through the mid-Atlantic and Northeast on Monday and Tuesday.

OKLAHOMA CITY (KFOR) - Officials have identified a man who was found shot to death at an Oklahoma City apartment complex.

On Friday, officers with the Oklahoma City Police Department were called to the Raindance Apartments, located at N.W. 122nd and Pennsylvania Ave., after receiving reports of gunshots being heard in the area.

BALTIMORE (NEXSTAR) -- One person has died and others were reportedly trapped after an explosion Monday morning in Maryland, according to the Baltimore Firefighters Union IAFF Local 734.

Rescuers responded to the 6500 block of Reisterstown Road in northwest Baltimore, where several houses exploded, according to a fire union tweet.

Troopers searching for driver who fled scene of deadly crash

Troopers searching for driver who fled scene of deadly crash