EDMOND, Okla. — Edmond police are confirming that one of their officers has been involved in a shooting incident. 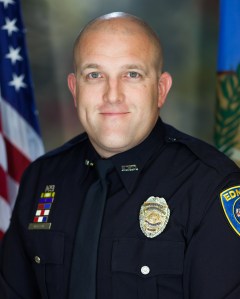 An officer, later confirmed to be Neil Martin, is said to have shot a man who was reportedly suicidal.

Police say it started with a domestic dispute.

A woman told her husband she wanted a divorce, and the husband then started making threatening and suicidal statements, Edmond P.D. confirms.

They say he had weapons in the home.

When police arrived, they say the man became involved in an altercation with officers and he was shot.

He was transported to the hospital in critical condition where he later died.

The officer involved has been placed on standard administrative leave pending further investigation.