CALIFORNIA – With the signing of California’s Fair Pay to Play Act, Gov. Gavin Newsom acknowledges he is picking a fight — and he thinks he’ll win. 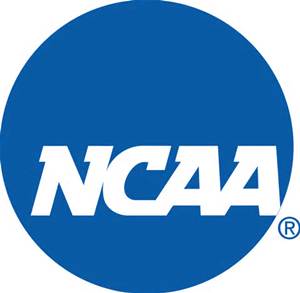 The governor put his pen to the unanimously passed Senate Bill 206 on Monday, surrounded by a fitting cast of characters on the barber shop set of Los Angeles Laker star LeBron James’ online show, “The Shop.”

Included were former college basketball standouts Ed O’Bannon, who sued the NCAA over the use of his likeness in a video game, and Diana Taurasi, a WNBA player who says her university is still profiting from her image 15 years after she graduated.

And then there was King James, who skipped college altogether to become the first pick in the 2003 NBA Draft. He went to the pros to lift his mother out of a dire financial situation, he said, and speculated whether he might have played college ball had he been able to collect a paycheck.

Newsom said NCAA officials had been calling him trying to convince him not to sign the bill. They accused him of destroying college sports and the sanctity of amateurism, he said, but “not once did they talk about the needs of these kids.”

The act allows the state’s college athletes to monetize their name, image and likeness, and sign endorsement deals and licensing contracts.

The law won’t go into effect until 2023. There will doubtless be lawsuits and more legislation between now and then, so changes seem inevitable, but here’s a look at what the law means, as it stands:

What’s at stake?
California student-athletes will have the rights to their own Name, Image and Likeness (NIL) rights, and the law will forbid universities from revoking or denying their scholarships or making rules barring players from profiting off their NIL rights.

It also prohibits the NCAA from blocking players and universities from competition because a player has profited off of her or his NIL rights, and allows players to hire lawyers and state-licensed sports agents to manage their interests.

Awarding scholarships or otherwise covering the cost of attending school is not considered compensation, according to the law.

Exactly what that means monetarily is unclear, but Newsom says the law is about rebalancing a power structure in which NCAA universities receive more than $14 billion annually and the nonprofit NCAA receives more than $1 billion, “while the actual product, the folks that are putting their lives on the line, putting everything on the line, are getting nothing.”

Some athletes might opt to endorse a local business or monetize their YouTube channels, while bigger names such as O’Bannon, who starred on UCLA’s 1995 national championship team, might enter more lucrative arrangements.

The act will allow California’s college athletes “to do what every other student in the university can legally do,” Newsom said. “The only people that sign away their rights … are athletes.”

Don’t universities have their own deals?
Many do, yes, and the law addresses them. Students will not be allowed to accept compensation if her or his contract conflicts with a team contract. For instance, if Nike provides a school’s football team with uniforms and shoes, the team’s quarterback cannot sign a contract requiring that he wear Under Armour cleats.

Athletes must disclose all contracts related to their NIL rights to a designated official at her or his university, and if anything is conflict with the team’s contractual obligations, the official must inform the athletes or their representatives of the conflicts.

However, a team contract does not prevent athletes from capitalizing on their NIL rights when the players are not engaged in team activities, the law states.

Does this give California schools a recruiting edge?
The NCAA and many observers say it will. The law, however, contains a clause stating schools “shall not provide a prospective student athlete with compensation in relation to the athlete’s name, image or likeness.”

It’s worth reiterating that the law won’t take effect for four years. Also, the first sentence of the bill says the state Legislature will monitor the deliberations of an NCAA working group, created in May, addressing players’ NIL rights. Lawmakers may revisit the legislation based on the working group’s findings, it says.

What do the governing bodies say?
They don’t like it. In a September 11 letter, the NCAA board of governors told Newsom the law “would erase the critical distinction between college and professional athletics and, because it gives those schools an unfair recruiting advantage, would result in them eventually being unable to compete in NCAA competitions.”

The law is already creating confusion among stakeholders across the country, the NCAA said.

“Nearly half a million student-athletes in all 50 states compete under the same rules. This bill would remove that essential element of fairness and equal treatment that forms the bedrock of college sports,” it said.

The Pac-12, one of college sports’ biggest conferences and home to four universities that will be affected by the law, said it was disappointed by the law’s passage.

“This legislation will lead to the professionalization of college sports and many unintended consequences related to this professionalism, imposes a state law that conflicts with national rules, will blur the lines for how California universities recruit student-athletes and compete nationally, and will likely reduce resources and opportunities for student-athletes in Olympic sports and have a negative disparate impact on female student-athletes,” the conference said in a statement.

This affects more than the Pac-12, right?
Indeed. The NCAA pointed out in its statement that 58 schools across the NCAA’s three divisions — boasting a total of 24,000 student-athletes — will be “compelled to allow an unrestricted name, image and likeness scheme” because of the law.

The law also calls on the chancellor of the California Community Colleges system to establish a working group to address NIL rights for community college students and submit a report by July 1, 2021.

The Pac-12 is important to the equation, however, if only owing to its California members’ success in college athletics.

Does the NCAA have a better plan?
Not as of yet, but it’s working on one, it says. Insisting the California law is unconstitutional and but “one state taking unilateral action,” the NCAA says a functional national model — encompassing 1,100 schools and a half million athletes — requires rules upon which all members agree.

“NCAA member schools already are working on changing rules for all student-athletes to appropriately use their name, image and likeness in accordance with our values — but not pay them to play,” it said in a statement. “The NCAA has consistently stood by its belief that student-athletes are students first, and they should not be employees of the university.”

The NCAA is pondering its next steps in California while working to make changes to its “name, image and likeness rules that are both realistic in modern society and tied to higher education.”

What it will do remains to be seen, but Sports Illustrated legal analyst Michael McCann wrote in May that the NCAA won’t likely terminate its California schools’ memberships.

“After all, the NCAA profits considerably by having member schools in the state with the highest GDP and largest population,” he wrote.

What are supporters’ response to the NCAA?
Newsom believes the NCAA is responding out of fear of seeing its longtime profit model overturned. He sees California’s law as the first in a line of dominoes that will eventually fall.

“They’re a little panicked because they recognize they’re vulnerable. People are hitting this not just in California but all across the country because the gig’s up,” the governor said. “I don’t want to say this is checkmate, but this is a major problem for the NCAA.”

State Sen. Nancy Skinner, the act’s co-sponsor, quoted a letter that former NCAA chief operating officer Daniel Boggan wrote to the Legislature earlier this year stating that his former employer was violating its own bylaw intending to “assure that athletics participants are not treated differently from other members of the student body.”

Skinner further accused the NCAA of threatening to bar California schools from championships based on their allegedly unfair recruiting advantage, but the threats are toothless, she said.

“Numerous legal and constitutional experts have opined that any NCAA ban on California schools for following a state law would be an antitrust violation,” she said in a statement.

Why did Skinner spearhead the effort?
Quite simply, the state senator said, the image of the college athlete with a full ride and professional contracts and lucrative endorsements waiting for her upon graduation is a myth.

Most student-athletes don’t receive scholarships, she said, and most live at or below the poverty level despite spending up to 40 hours a week honing their craft.

A side benefit is that the law may convince elite college athletes to stay in school and finish their degrees, rather than succumbing to the siren’s call of pro sports.

It could also serve to raise the profile of women’s sports, she said.

There are gender implications?
Though the Pac-12 contends otherwise, Skinner believes it will help women athletes. Women have fewer opportunities than men to go pro, but if a woman were able to market herself, it might increase her chance “at breaking through the male-dominated sports industry.”

Though it’s not outlined in the bill, there are also racial implications, according to the bill’s co-sponsor, state Sen. Steven Bradford. He’s not the first to point out that minorities make up a huge percentage of the athletes in big-money sports such as football and basketball.

According to news reports, the month before her son, Wendell Carter, went to the Chicago Bulls in the 2018 NBA Draft, Kylia Carter flat-out compared the NCAA’s system to slavery during testimony to the Knight Commission, which works to ensure collegiate sports programs operate with their schools’ academic missions in mind.

“The only system that I have ever seen where the laborers are the only people that are not being compensated for the work that they do while those in charge receive mighty compensation,” she was quoted as saying. “The only two systems where I’ve known that to be in place is slavery and the prison system.”

Bradford put it in softer terms in a Monday news release: “SB 206 addresses this civil rights issue of today, which is about fairness and equity. Our colleges and universities should no longer treat student athletes as chattel, but as the valued individuals they are. … It’s only right and long overdue.”

“This measure is about equity and fairness to our college athletes, who have essentially been used to generate massive profits for their schools, without receiving a dollar in return,” Welch said in the statement.