CANADIAN CO., Okla. – A routine traffic stop on I-40 ends with 11 pounds of cocaine off the streets and a Texas resident behind bars.

Canadian County Sheriff Chris West says the arresting deputy pulled Faudoa over for swerving into another lane without signaling.

Faudoa told authorities that she was coming to Oklahoma City to her ex-husband’s house to pick up her son and take him back to El Paso.  When she was asked follow up questions about her son and the situation, she was unable to provide any more information.

Deputies became suspicious that Faudoa might be involved in criminal activity when she stated, “Well, I use to do cocaine, but I gave it for my son.”

The officers then brought in a drug dog to sniff around the car and the dog indicated drugs were inside the car.

Deputies located the cocaine under the third-row seats, inside a fabricated false compartment.

Faudoa told the deputies that she had just purchased the vehicle and knew nothing about the drugs.

Sheriff West says the drugs have an estimated street value of $130,000. 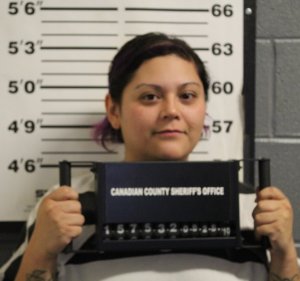 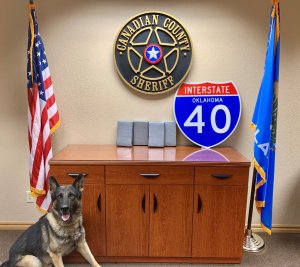