CANADIAN COUNTY, Okla. – Deputies in Canadian County are asking for help tracking down a man in connection with a shooting.

Around 11 p.m. on Sept. 16, Canadian County deputies were called to a reported shooting near Hwy 66 and Gregory Rd.

Investigators learned that a man picked up the victim near Meridian Ave. and I-40 in Oklahoma City.

Officials with the Canadian County Sheriff’s Office say the suspect pulled out a handgun and drove the victim to N.W. 23rd and Gregory Rd. At that point, the suspect demanded oral sex.

Investigators say while attempting to get away, the suspect attempted to run the victim down with his truck.

The alleged suspect is described as follows:

The alleged suspect was last seen wearing a blue t-shirt and camouflage pants. He was driving a 1996 to 2001 silver Dodge one-ton pickup truck with a welding bed. Deputies say the front of the vehicle had a vanity plate that read “BEEF.” 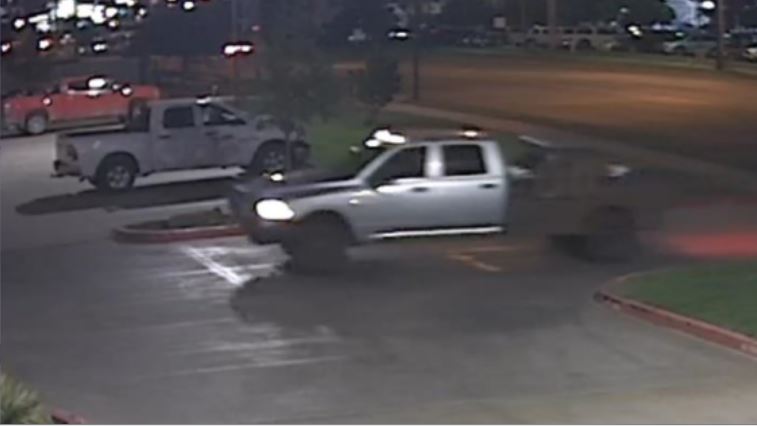 Officials say the 4-door truck has a custom front bumper with a brush guard, black wheels, cab lights, tinted windows, and round taillights positioned on either side of the license plate.

Investigators say the truck had a welding bed with a one-foot gap between the welder and cab, and a water cooler mounted on the driver’s side behind the welder.

Officials say the seats are camouflaged, and the sound system was customized for loud bass.