CANADIAN CO., Okla. – Four arrests were made during an undercover internet predator operation conducted by Canadian County Sheriff’s Office, during the month of February and March.

Tyler Hull, 24, Randy Warrington, 53, Edwin Edwards, 57, and Maurice Kelly, 46, were arrested for soliciting sex with a minor by use of technology. 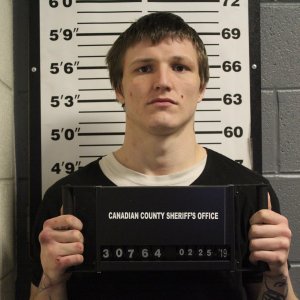 Hull, a resident of Oklahoma City, approached what he believed to be a 14-year-old girl from Canadian County on a popular social media site. During the conversation Hull asked the undercover investigator if she was a virgin and would like to have sex.  Hull sent three photographs of his penis, various sexual videos of himself, and told the decoy he was good in bed.  Hull also explained to the undercover investigator not to tell anybody they were talking because he could get in trouble.  Hull was arrested by Cleveland County Sheriff’s Department and transported to the Canadian County Jail. 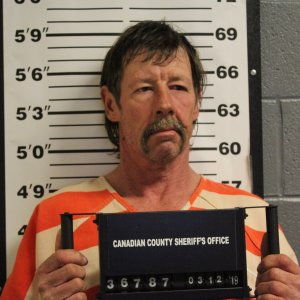 Warrington, a resident of McAlester, Oklahoma, began talking to what he believed was a 14-year-old female from Canadian County on a social media site. Warrington told the undercover investigator he would come pick her up and take her back to McAlester to live with him permanently.  Warrington said when he talks with the decoy his “manhood” gets excited and he has never had sex with a 14-year-old.  Warrington told the undercover investigator he wanted to play with her breasts and other private parts.  Warrington said he would teach the 14-year-old about sex.  Warrington was arrested by McAlester Police Department and transported to the Canadian County Jail. 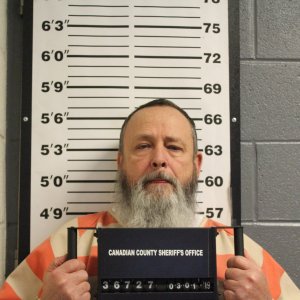 Edwards, a resident of McAlester, Oklahoma, in October of 2018 began talking with what he believed was a 14-year-old female from Canadian County on a social media site.  Edwards asked the decoy what color her underwear was and to take a photograph and show him.  Edwards asked the undercover investigator to talk “dirty” to him and then he sent a photograph of his penis.  Edwards told the decoy he would come to the city to see her, and said he wanted to get his hands on her.  Edwards referred to the decoy as “baby girl” and asked if the decoy wanted to have babies.  Edwards was arrested by Pittsburg County Sheriff’s Office and transported to the Canadian County Jail. 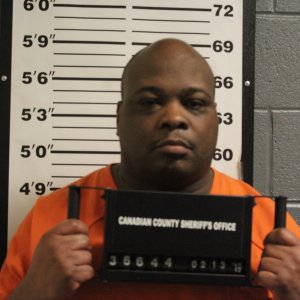 Kelly, a resident of Midwest City, Oklahoma, in October 2018 approached what he believed was a 14-year-old female from Canadian County on a social media site.  Kelly asked the undercover investigator if she would like a foot rub and a full body massage.  Kelly told the decoy if he gave her a massage she would feel something poking her and it would be hard.  Kelly also said he was ready for a serious relationship and wanted to make love with the 14-year-old and for her to have his babies.  Kelly told the decoy he would get a hotel room for them and asked if he needed to bring condoms or could he get her pregnant.  Kelly told the undercover investigator he had a foot fetish and would like to do sexual activities involving her feet.  Kelly was arrested by Canadian County Sheriff’s Office and Del City Police Department and transported to the Canadian County Jail.

Maurice Kelly plead guilty to soliciting sex with a minor by use of technology has been sentenced to Oklahoma Department of Corrections and is to serve two years in prison and will have to register as a sex offender.

Randy Warrington, Tyler Hull, and Edwin Edwards are currently in custody with a bond of $25 thousand each and have been charged in district court for soliciting sex with a minor by use of technology.

SALT LAKE CITY (KTVX) -- Scientists at the University of Utah Health may finally be able to offer women who suffer from common but often debilitating side effects of birth control a solution -- with the help of their partners.

The hospital in Salt Lake City, Utah, has announced plans to test a new contraceptive gel for men.

BOSTON (StudyFinds.org) - Here’s one way to predict your heart health: get down and give me 41. A recent study finds that men who can perform at least 40 push-ups in one attempt are much less likely to suffer from heart disease within the next 10 years.

Researchers from the Harvard T.H. Chan School of Public health say their report is the first to show how push-up capacity is linked to heart disease. They found that middle-aged men who can log more than 40 push-ups in a single try have a 96% reduced risk of developing the potentially deadly condition and other related ailments, such as heart failure, compared to those who can complete no more than 10 push-ups.

PHILADELPHIA (WJW) -- Twin girls who were born conjoined are finally home after nearly one year in intensive care and a 10-hour separation surgery.

According to a press release from Children's Hospital of Philadelphia (CHOP), Addison and Lilianna Altobelli, now 14 months old, were born connected at the abdomen and chest and shared a liver, diaphragm, chest and abdominal wall.