A Florida judge set bond Tuesday at $500,000 for Zachary Cruz, the younger brother of Parkland school shooter Nikolas Cruz, for a misdemeanor trespassing charge, despite protestations from his defense attorney, who said his client was being punished for his brother’s crime.

Appearing via video before the same judge and in the same courtroom as his brother had days earlier, Zachary Cruz stood shackled in a brown jumpsuit and sandals. He was surrounded by three deputies.

In an effort to secure a $750,000 bond and stiff restrictions on the younger Cruz’s release, prosecutors reeled off theft and criminal mischief pleas from his juvenile record and said he acknowledged to deputies that his Monday visit to Marjory Stoneman Douglas High School was his third since his brother killed 17 people there on February 14.

The teen’s attorney argued the bond for misdemeanor trespassing is typically $25.

Deputies will be allowed to search Cruz’s home in Lantana for guns, the judge ruled, adding that the teen must submit to a psychological evaluation.

Hours later, the Broward County Sheriff’s Office said it was seeking a “red flag” risk protection order that, if granted by a court, would let law enforcement temporarily seize firearms from Zachary Cruz and prevent him from acquiring new ones.

After Cruz’s arrest Monday in Parkland, the 18-year-old told police he wanted to “reflect on the school shooting and soak it in,” according to an arrest report. It said the teen had no ties to Broward County and that he “surpassed all locked doors and gates and proceeded to ride his skateboard through school grounds.”

Broward Schools Superintendent Robert Runcie, however, told a local newspaper there was no security breach. Runcie did not return CNN calls seeking comment. A Broward County Public Schools spokeswoman directed questions to the sheriff’s office, whose spokeswoman told CNN in an email she’d “look into that and get back to you.”

The school intends to prosecute Zachary Cruz, the arrest report said, adding that the young man had received “prior warnings by school officials to refrain from entering the school campus.” The arrest report did not elaborate on the warnings.

Cruz has been living in suburban Palm Beach County with Rocxanne Deschamps since he and his brother’s adopted mother, Lynda Cruz, died in November.

Deschamps was in New York at the time of his arrest, according to prosecutors. Later, she appeared at a news conference in the city with celebrity attorney Gloria Allred. There, she told reporters that before the school massacre, she had repeatedly warned authorities about Nikolas Cruz’s mental state and expressed concern that he was allowed to own guns.

According to court documents from the Palm Beach County Sheriff’s Office, Zachary twice spoke with police February 16, two days after the mass shooting. That morning, deputies spoke with Deschamps and Zachary Cruz about a tip authorities had received, the nature of which is redacted from the report.

An officer with the sheriff’s behavioral science unit interviewed Cruz, and a detective later determined the tip was “only rumor at this time” and no further action was taken, the report said.

About three hours later, Palm Beach deputies arrived to assist the Broward Sheriff’s Office with an interview, according to a separate report.

He also told police that the night after the shooting, he felt as if “someone was trying to get me” and was scared when he thought he heard people outside his home.

He feels bad for bullying Nikolas

He said he felt some responsibility for the shooting, according to court documents, and that he felt he could have possibly prevented the tragedy. He also conceded some resentment toward Nikolas for being “the favored brother,” according to the report.

“Zachary explained that he and his friends, when they were younger, had bullied Nikolas, which he now regrets ever doing,” the report said. “Zachary wishes that he had been ‘nicer’ to his brother.”

A 2014 psychiatric memorandum from Cross Creek School, which serves emotionally and behaviorally disturbed students in Broward County, seems to confirm the bullying.

After summarizing Nikolas Cruz’s oft-violent behavioral issues, the memo reports the behaviors “seem to be exacerbated by his strained relationship with his brother.”

“Ms. Cruz stated that she has found knives and scissors in his bed. She think that he feels he needs to protect himself from his brother,” the memorandum said.

In a second February 16 interview, Zachary Cruz told the officer he didn’t understand why his brother shot and killed 17 people in one of the deadliest mass shootings in modern US history.

“It’s not a realistic option to kill people,” he told police, according to the Palm Beach Sheriff’s Office report.

The officer interviewing the younger brother said he detected no “homicidal ideations at this time” but recommended the teen be evaluated further.

In closing, the officer wrote, “It should be noted that there is a shotgun and a rifle in the (Rocxanne Deschamps’ son’s) bedroom and should be secured in a closet.” 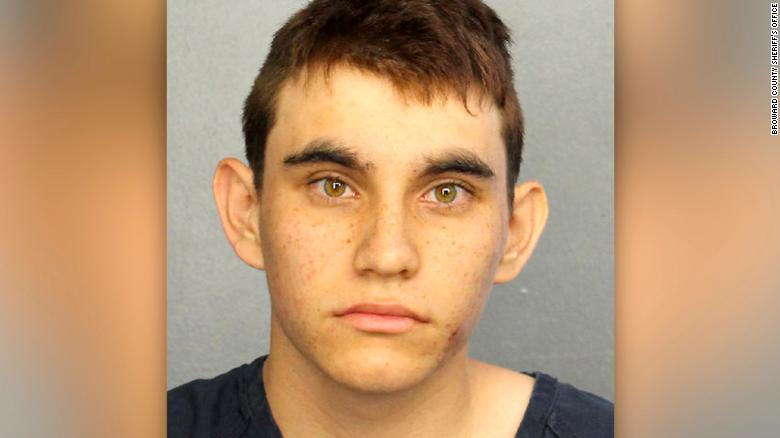 Nikolas Cruz is being held without bond at the Broward County Jail, where he’s segregated from other inmates.

A judge entered a plea of not guilty on Cruz’s behalf as the teen was arraigned last week.

Prosecutors announced in court filings March 13 that they will seek the death penalty against Cruz. They listed several factors, including that he knowingly created a risk of death for many people and that the shooting was “especially heinous, atrocious or cruel.”

Zachary Cruz was present during his brother’s arraignment, where he was seen wiping away tears.