OKLAHOMA CITY – A woman is wanted in connection to a theft case that devastated a local family.

Trela Wishon said the case began when her mother’s wedding ring was stolen off of her mother’s hand while she was in Accel at Crystal Park skilled nursing home in November 2018. She said it happened the same night she was given an Ambien for the first time.

“Then when she went to eat breakfast, she noticed on her hand that her rings were missing,” Wishon said.

Sadly, Wishon says her mother passed away last month before getting her rings back.

The ring, or rings, started as her wedding ring. As she could afford to, Wishon’s mother would add stones to it. Then on her 50th anniversary, and 60th anniversary, her mother added two new diamond studded bands and had all three fused together.

“She was so proud of that set of rings,” Wishon said, “so very proud of it.” 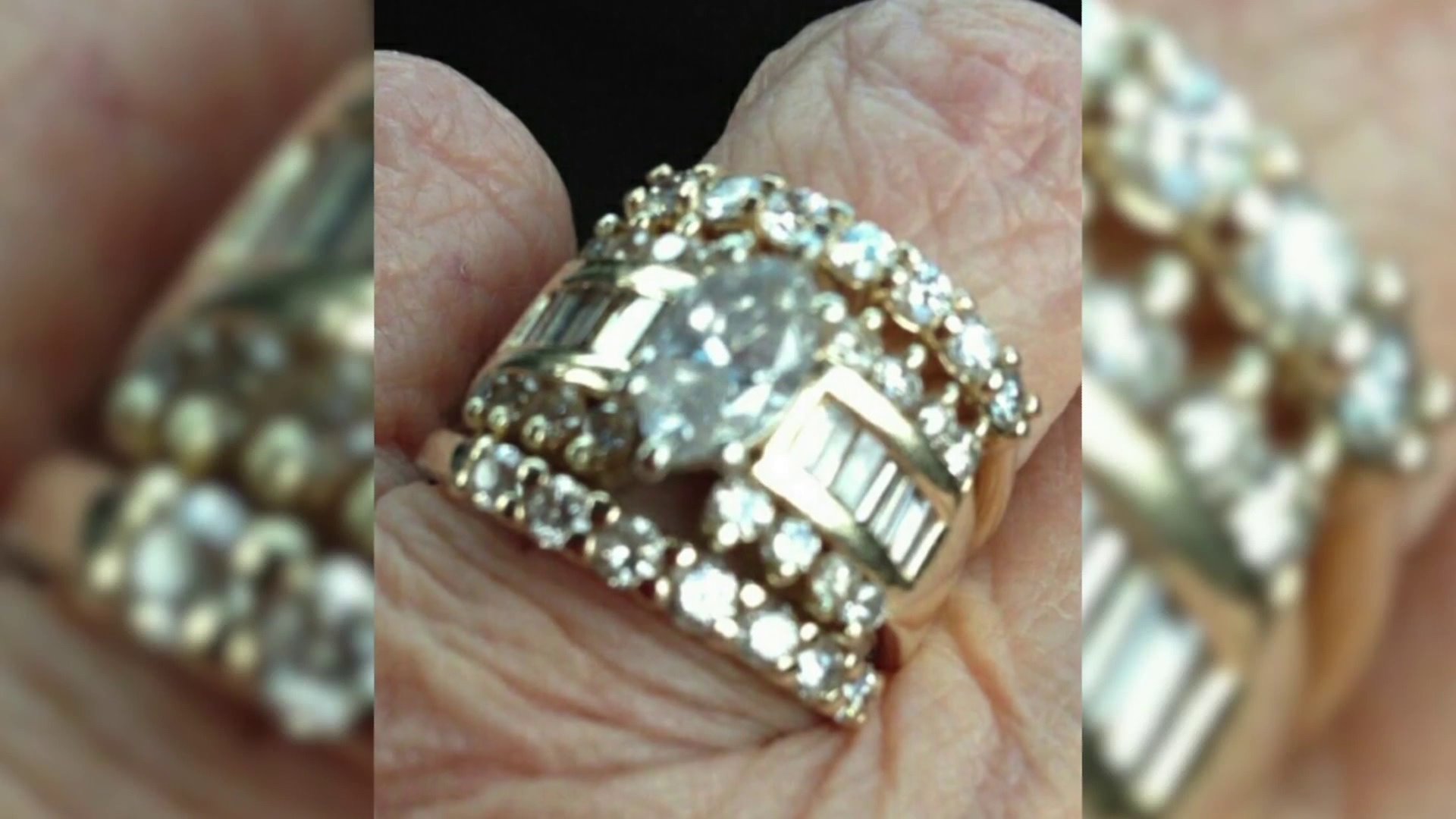 “It came in. It was out for sale for a couple of days,” said Rachelle Zellers, assistant manager at Cash America Pawn.

After seeing the ring on the news, employees at the pawn shop on Northwest 23rd immediately recognized it and called police.

Now, charges have officially been filed in the case.

Authorities say Shamira Williams is wanted for pawning the ring and claiming it was hers. According to court documents, Williams told the pawn shop that she had owned the ring for about a year.

Investigators confirmed that she was working at the nursing home the day the ring was taken. Officials say she is no longer employed by the home.

According to online court records, Williams is being charged with one count of making a false declaration to a pawnbroker.