SHARE
This is an archived article and the information in the article may be outdated. Please look at the time stamp on the story to see when it was last updated.
CHICKASHA, Okla. – It has been almost two years since a Chickasha police officer was shot in the line of duty. In September of 2017, officers with the Chickasha Police Department were serving a search warrant at a home in the 3500 block of S. 4th St. As they approached the house, investigators said shots were fired from a man inside the building. “Subject’s moving through the building. Randomly firing through the walls. East side, west side, rounds coming out,” an officer can be heard saying on the 911 call. “Shots fired! Large amount. Subject barricaded. We have one of our officers shot.” Sgt. Matthew Schoolfield, a 10-year veteran of the department, was hit immediately three times. His vest stopped at least another two rounds. “He was able to make his way on his own to a perimeter officer and collapsed. The perimeter officer went to drag him to cover where a tourniquet was applied to his upper right arm,” Chickasha Police Chief Goebel Music told News 4 at the time. His injuries were horrific. “One round went through my helmet down the right side of my face through my ear,” he said. “The one that went in my forearm that actually severed my arm other than a few tendons and some skin tissue.” The man behind the trigger, 61-year-old Alex Warren Klingler, was found guilty of the shooting in 2018. “I try not to hold a grudge, just live my life and don’t let what’s happened to me consume me,” said Schoolfield. Two years after the shooting, Schoolfield’s life is still being affected by the crime. “They had to reconstruct my arm, try to connect everything the best they could. I had nine procedures so far, possibly a tenth coming,” said Sgt. Matthew Schoolfield. Nine procedures later, and still no end in sight. For almost a year, Schoolfield was on light-duty but he says he’s recently been taken off of that line of work. Now, he’s stuck at home with a lot of questions. “It kind of seemed like everybody was gonna take care of me and not to worry about things, and then a contract comes up,” he said. 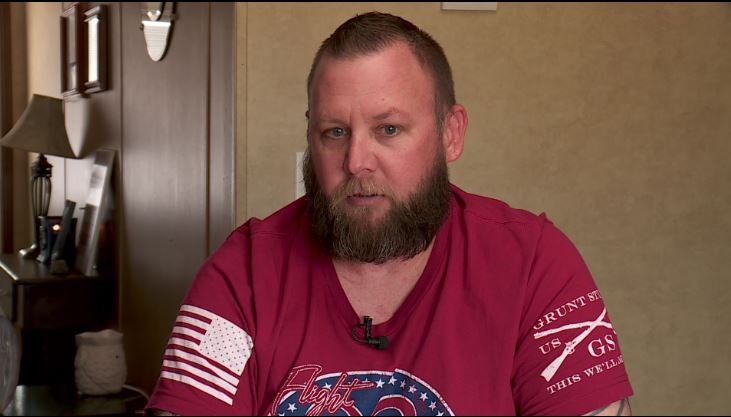 Schoolfield says he understands rules need to be followed, but he said he was surprised and didn’t expect to be taken off of light-duty. “Very scary because my wife works too, but I was the main source of income, so a big part of my salary helped with bills and things like that,” he said. Now, he’s just hoping he can get back to work as soon as he can. “Right now, it’s doubtful that I’ll be able to be a police officer again because of the loss of function in my hand. I’m not gonna be selfish enough to put myself above those that I would be working alongside of or even the citizens I’m supposed to protect,” he said. News 4 has reached out to the Chickasha Police Department but has yet to hear back.
35.052565-97.936433

Can you spot a flood-damaged car?

Is it safe to flush toilets during severe flooding?

US purchases $290 million of drug for use in radiological …

Stockyards Stampede bringing past back to life

Child killed in drive by shooting

Person dies after being hit by car

Is your phone listening to you?

Report: Mexico continued to use spyware against activists

WADLEY, Ga. (AP) — Georgia Republican Senate candidate Herschel Walker remained defiant Thursday after successive reports alleging that he encouraged and paid for the 2009 abortion of a woman and later fathered a child with her. Digging in on his denials of reporting by The Daily Beast, Walker, a football icon turned celebrity politician and […]

Immigration will vex Biden no matter who controls …

WASHINGTON (AP) — At a recent White House ceremony honoring Hispanic heritage in the U.S., President Joe Biden spoke of how immigration has defined the nation and should be celebrated. “We say it all the time, but that’s who we are,” Biden said. “That’s the nation. We are a nation of immigrants.” Biden pledged himself […]

18 months in prison for man who threatened Colorado …

LINCOLN, Neb. (AP) — A Nebraska man was sentenced Thursday to 18 months in prison for online threats he made against Colorado’s top elections official, in one of the first cases brought by a federal task force devoted to protecting elections workers nationwide from rising threats. Travis Ford was sentenced in U.S. District Court in […]

WASHINGTON (AP) — The FBI estimates violent crime rates didn’t increase substantially last year, though they remained above pre-pandemic levels, according to annual crime data. But the report presents an incomplete picture, in part because it doesn’t include some of the nation’s largest police departments. Violent and property crime generally remained consistent between 2020 and […]

When is the Oklahoma voter registration deadline?

Governor’s race is something to keep an eye on

US purchases $290 million of drug for use in radiological …

Stockyards Stampede bringing past back to life

Stink bugs could get worse in some areas: study

Man rides on back of semi-truck from KS to OK