CHINA (CNN) – China’s growth dropped to its lowest level in nearly three decades, as the world’s second largest economy continues to feel the pain from trade tensions with the United States. 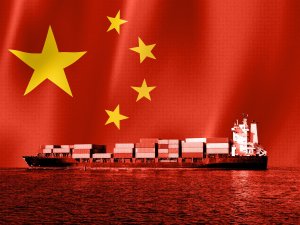 China’s gross domestic product grew at 6% in the quarter ended September, the weakest quarterly growth rate since 1992 and down from 6.2% in the previous quarter, according to government statistics released on Friday. It also missed the forecast of 6.1% growth projected by analysts polled by Refinitiv.

The figures emerged just one week after the United States and China reached a tentative trade truce to avoid more damages to the world’s two largest economies.

Top trade negotiators for the United States and China reached a preliminary trade deal last Friday. It includes a halt on US tariff increases that were supposed to go into effect earlier this week. Trump also told reporters that intellectual property, financial services and agricultural purchases are included in the agreement.

But the two sides still appear to be far from striking any sort of comprehensive deal, and the latest announcement doesn’t address some of the biggest trade issues on the table.