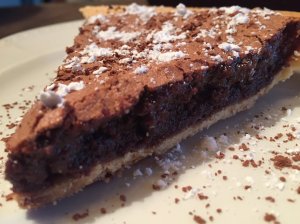 Tickets are now on sale for Chocolate Decadence, hosted by the Automobile Alley Association.

The event, going into its 23rd year, will be held Thursday, Feb. 6, at Leadership Square, 211 N. Robinson Ave., according to an Automobile Alley news release.

General admission tickets are $75 and include free food and drink. VIP tickets are $125 and include early entry at 6 p.m., access to a VIP seating area and exclusive VIP bar and complimentary valet. All tickets must be purchased in advance at ChocolateDecadenceOKC.com. Guests must be 21 or older to attend. Business or cocktail attire is encouraged. The first 350 guests will receive a commemorative Chocolate Decadence 2020 etched glass.

This year’s Chocolate Decadence food and drink will be provided by the following restaurants:

LAWTON, Okla. (KFOR) - Lawton is imposing some of the strictest rules in the state for individuals and businesses amid the COVID-19 pandemic.

Officials with the city say it's because these methods appear to be working in other parts of the country.

OKLAHOMA CITY (KFOR) - As the unemployment rate continues to climb, Oklahomans are desperately trying to find ways to earn money for their families.

In addition to applying for unemployment and applying for other jobs, it seems that people across the country are also searching for unclaimed property.

AUSTIN (KXAN) – Need help during the coronavirus pandemic? Ask. That's how it starts, and within moments, help is around the corner.

“My kids… and my dog have nothing at all to drink but water. And I have nothing to cook for them,” wrote a Bastrop father recently laid off. “If anyone could help with anything it would mean a lot.”