Update: Officials with the Cleveland County Sheriff’s Office say Echo has been found.

Echo Belvin has been missing from Oklahoma City since June 11.

The Cleveland County Sheriff’s Office was notified today that Echo has been court ordered to be placed in the custody of the Department of Human Services.

On June 11, family members visited Echo’s biological parents, Kalob Belvin and Victoria Reber in the 11000 Block of Tammy Terrace. Echo was with them.

Officials say the parents were reportedly involved in illicit drug activity, and there was drug contraband strewn throughout the home.

When the parents were confronted, they took Echo and fled the residence by vehicle.

As they were leaving, the driver sideswiped a car parked in the driveway.

Family members have tried to contact the parents in an attempt to get them to surrender Echo.

Attempts by the family, DHS, and the police to find the parents have been unsuccessful.

The whereabouts of the parents are unknown.

It is believed that they may be staying in a motel in the OKC Metro Area.

The parents are said to be driving a 2005 Silver Chevy Uplander, OK Tag: ITB380. 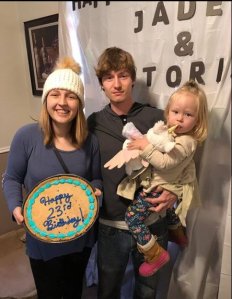 If you see these people call 911 immediately.

LONDON (StudyFinds.org) - For children, asthma is one of the leading causes of hospitalizations and trips to the emergency room. It’s estimated that 1 in 12 children — or about 6 million kids across the U.S. — suffer from the respiratory condition, according to the CDC. Increasing evidence shows that a healthy diet could be a potential therapy for childhood asthma. Recent research reveals that children who eat more fish may be less prone to the disease.

Studies have shown that most adult cases of asthma begin in childhood. Now, British scientists conclude that eating plenty of salmon, mackerel and sardines can decrease the risk of kids developing the illness. Scientists say that those who consume the most can cut the risk of developing the life-threatening condition in half.