Here are some of the most memorable lines:

“I think Donald just criticized me for preparing for this debate. And, yes, I did. And, you know what else I prepared for? I prepared to be president. And, I think that’s a good thing,” Clinton said.

Hillary Clinton: "I prepared to be President, and I think that's a good thing" https://t.co/iXIwDaIPem #Debates2016 https://t.co/k8Q67VWYs0

“I got him to give the birth certificate,” he said about President Barack Obama.

Trump on his temperament

“I think my strongest asset by far is my temperament. I have a winning temperament,” Trump said.

“This is a man who has calling women pigs, slobs and dogs and someone who has said pregnancy is an inconvenience to employers, who has said that women don’t deserve equal pay unless they do as good a job as men,” Clinton said.

“That makes me smart,” Trump said in response to Clinton saying he might not pay federal income taxes.

“Maybe he’s not as rich as he says he is. There is something he’s hiding. Who does he owe money to?” Clinton speculating on why Trump hasn’t released his tax returns.

Clinton lists reasons why she says Trump might not release his returns https://t.co/iXIwDaIPem #Debates2016 https://t.co/w57l7C5Gch

“Good to be with you”

Clinton greets Trump with a smile: “Donald, it’s good to be with you.”

“Trumped Up, Trickle Down”

“I call it ‘Trumped Up, Trickle Down’ because that’s exactly what it would be,” Clinton on Trump’s economic plan.

“I don’t think Gen. Douglas MacArthur would like that,” Trump responding to Clinton saying she has published her plan to defeat ISIS online.

Clinton: “I had a feeling, by the end of this evening, that I’d be blamed for everything.”

“I’m not even complaining. I don’t mind it. It’s almost become a way of life,” he said on being audited.

Clinton on her emails

“I made a mistake using private email,” Clinton said.

“That’s for sure,” Trump added.

“Well, Donald, I know you live in your own reality,” Clinton responding to Trump’s trade attack. 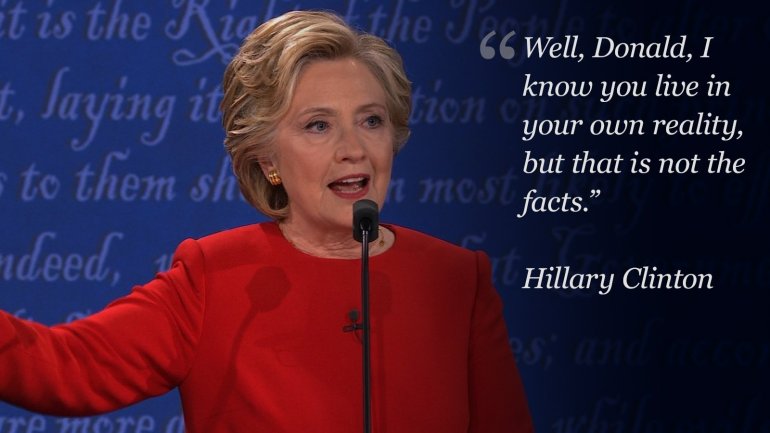 “Secretary Clinton doesn’t want to use a few words: Law and order,” he said. 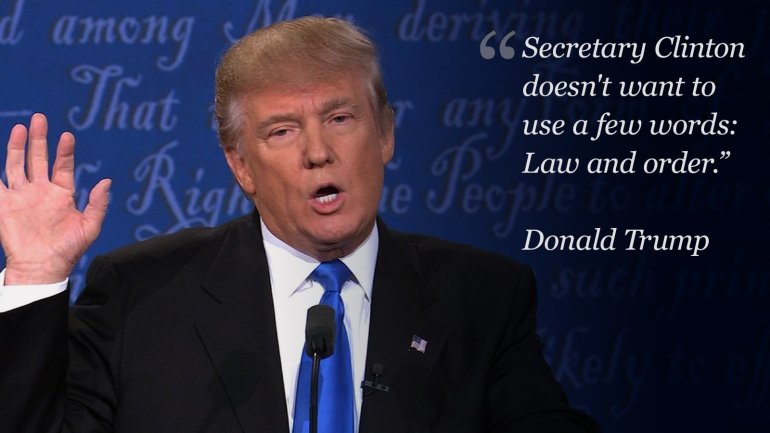 “In inner cities, African-Americans, Hispanics are living in hell because it’s so dangerous. You walk down the street, you get shot,” Trump on crime.

Trump on holding back

“I was going to say something extremely rough to Hillary, to her family and I said to myself ‘I can’t do it. I just can’t do it.’ It’s inappropriate. It’s not nice,'” Trump told CNN after the debate.

DeMarco Murray to Own the New York Mets?

“He had such a big heart,” Wife remembers tow truck driver killed on the job