OKLAHOMA CITY – An Oklahoma state agency has approved a rule change in hopes that it will protect deer and elk populations from a deadly disease.

In January, the Oklahoma Department of Wildlife Conservation proposed adding language to its rules that deal with the import, transport or possession of deer carcasses and live deer to help protect Oklahoma’s deer and elk populations from chronic wasting disease.

“Oklahoma deer hunters may have heard about chronic wasting disease afflicting deer and elk in other states. ODWC has been following the progress of CWD for decades and is making preparations in case the disease is detected in the state’s wild herd,” Micah Holmes, Information Supervisor for ODWC, said at the time.

Chronic wasting disease is a neurological disease that attacks the brains of deer, elk, moose and other members of the deer family. The disease creates holes in the brain, which is always fatal to the animal. It is a slow-progressing disease with a long lag between infection and visible symptoms.

Infected animals began to lose weight, lose appetite and develop an insatiable thirst. They tend to separate from the herd, walk in repetitive patterns, stumble or tremble, carry their head low, salivate, urinate frequently and grind their teeth.

At this point, no treatment or vaccine exists.

The disease is spread when animals are in close contact, or when they contact soil that contains protein particles from urine, feces, saliva or an infected animal’s carcass.

Officials say chronic wasting disease has been confirmed in wild deer and elk in every state surrounding Oklahoma.

So far, the disease has never been confirmed in a free-ranging wild deer or elk in Oklahoma. 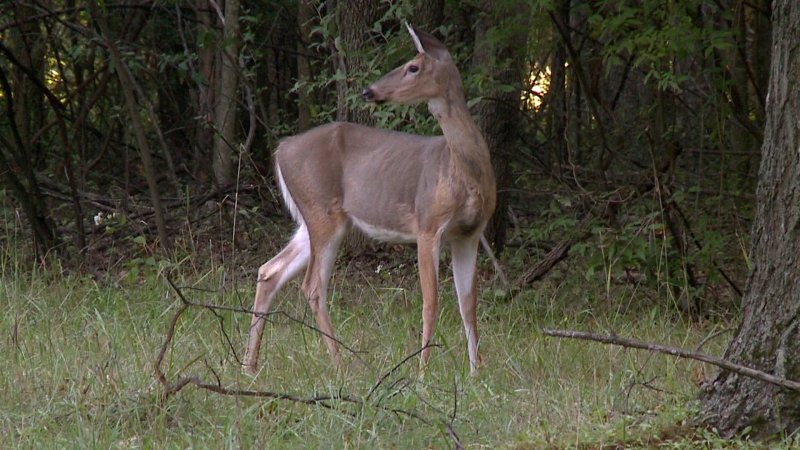 Officials say the risk of introducing the disease to new areas increases as hunters move deer and elk carcasses.

“The most effective way to prevent CWD from spreading, while still providing out-of-state hunters reasonable accommodations for transporting their game back home, is to require them to transport only de-boned meat, and cleaned skulls, antlers, teeth, and hides that are completely free of any soft tissue,” he said.

Late last month, the Oklahoma Wildlife Conservation Commission approved the restriction. The restriction applies to importing, possession or transporting any cervid carcass or part of a cervid carcass from outside Oklahoma except quarters or met with all spinal material removed, cleaned teeth, finished taxidermy products, and hides or tanned products.

Officials say an amendment to the proposal will allow cervid heads to be brought into Oklahoma if new restrictions are followed. Those restrictions will be developed soon.