DELRAY BEACH, FL – Employees at a McDonald’s in Delray Beach, Florida got quite a scare last week after police said a customer pulled out a weapon because the ice cream machine was broken.

The workers called police Aug. 13 after a customer pulled out an AR-15 style rifle in the restaurant’s drive-thru at about 11:49 p.m.

The rifle was actually an airsoft gun, but police said it had no markings to indicate it wasn’t an actual AR-15 rifle.

Employees at the McDonald’s told police the man, identified as Jerry Henry, 19, of Delray Beach, pulled the gun out of the trunk. 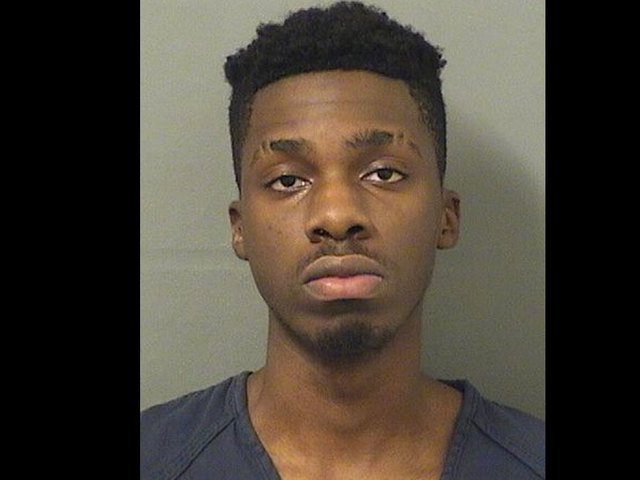 The workers could see him through surveillance cameras.

McDonald’s workers said Henry, a passenger in the vehicle that pulled up to the drive thru, became upset after he and the driver were told the ice cream machine was broken.

Employees ran for cover, hiding in the restaurant’s bathroom and locking the doors.

Police got to the McDonald’s in time to take Henry into custody before anyone was hurt. Henry is charged with improper exhibition of a dangerous weapon.

MUSTANG, Okla. (KFOR) - One man is a dead after a crash Sunday night near State Highway 152 and Mustang Road. Two cars were involved: a silver car and an orange Jeep. Both were badly damaged. A witness says the silver car was going about 90 mph where the speed limit is 35 mph. "The Jeep was pulling out of Braum's, and he might’ve just miscalculated because the Pontiac was…

WASHINGTON (NEXSTAR) — Thousands of people packed the National Mall in downtown Washington over the weekend to pray and show their support for President Donald Trump.

The march, which stretched from the Lincoln Memorial to the U.S. Capitol, was held Saturday before Trump announced he was nominating a conservative judge for the Supreme Court.

‘They were waiting for him’: Man acquitted of murder is shot hours after his release from jail