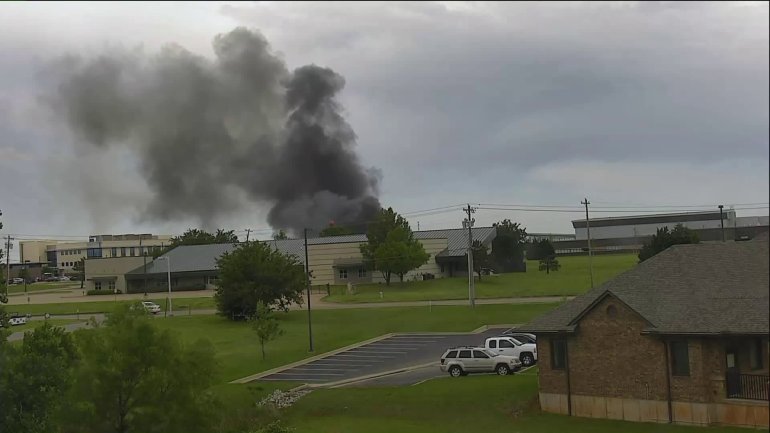 Firefighters said they could not confirm everyone was out of the metal building at the time.

Crews were then preparing for a search and to attack the fire.

No other details have been released as of yet.

TAC 2: Commercial fire alarm in a metal building 400 block NE. 102nd. We can not confirm that everyone is out of the building. Firefighters are preparing for search and fire attack now. 11:25 a.m.

This is a view from the highway of a metal building fire. 11:30 am. Several fire crews are in scene. pic.twitter.com/70sFSJByv7

TAC 2: Crews are working hard to get this fire under control. pic.twitter.com/KvuYijutq7