“Holtzclaw seeks review of the unjust and unconstitutional ruling against him issued by the Oklahoma Court of Criminal Appeals (OCCA) in August 2019,” said Hankins.

32-year-old Daniel Holtzclaw’s appeal request for his 18 convictions and 263-year prison sentence was denied in August.

Judge David Lewis of the court of criminal appeals said, in his opinion, “This case involves a sexual predator who happened to be employed, most unfortunately, as an Oklahoma City police officer.”

The case grabbed national headlines after 13 Oklahoma City women accused Daniel of sexual attacks while on duty for the police department.

In August 2014, the state charged Daniel with 36 felony counts of rape, sexual battery, indecent exposure, and forcible oral sodomy after the 13 women came forward, claiming the officer assaulted them while they were in custody or inside his police car.

In all, the jury heard 13 accusers’ stories of assault.

Throughout the trial, state prosecutors talked about skin cells found inside and outside Daniel’s pants, around the zipper area.

As detectives spoke with various accusers in their investigation, they explained to the jury that they took DNA samples, trying to find a match to those skin cells.

Prosecutors said the match ultimately came from a then 17-year-old girl, who testified she was raped by the former officer outside her mother’s home.

Forensic analysts discussed how there was more DNA found near the zipper as well but not enough to find a second full match.

In 2015, a jury convicted Daniel of 18 felony charges involving eight of the 13 accusers. 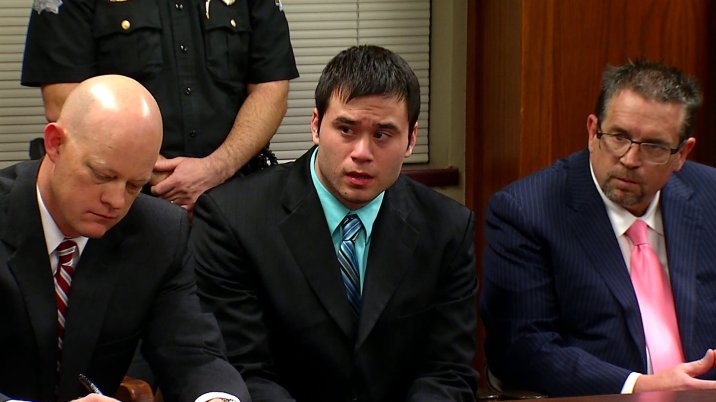 In an exclusive interview in November of 2016, Daniel told News 4 that he is confident he will get a new trial.

According to Holtzclaw’s representative, the petition focuses on two key legal questions regarding “prosecutorial misrepresentation of scientific evidence at trial” and “improper joinder” of 13 accusers en masse alleging disparate crimes spanning 36 charges. Lumping them all together created “a self-corroborating cascade of testimony” that “reinforced its own credibility through volume.” Holtzclaw “prays respectfully” that the court will “review the judgment” of the OCCA.

“Thirteen separate complaining witnesses telling the jury about thirty-six different types of crimes…combined with the prosecution’s misrepresentation of the DNA evidence, must necessarily have prevented the jury from making a reliable judgment about guilt or innocence. Flawed DNA analysis and false testimony on a single accuser’s charges, bootstrapped to dubious testimony from accusers (who were actively solicited by detectives with not a single shred of independent corroborating evidence), undermined the fundamental fairness of Holtzclaw’s trial. That injustice was compounded by the OCCA’s dismissal of the ‘problematic’ secret hearing as a mere ‘footnote,’” said Hankins.

Holtzclaw’s sister, Jenny stated, “We pray that the U.S. Supreme Court will take note of Daniel’s petition and see the legal, scientific, and national significance of his wrongful conviction. Prosecutors shouldn’t be allowed to lie about forensic evidence to juries. The government shouldn’t be allowed to hide crucial information about its crime lab employees, especially when they make false statements about DNA that was innocently transferred. No American fighting for his freedom and life should be banned from secret hearings and barred from presenting outside scientific experts to judges. Daniel is innocent and we will continue to fight in every court of law and the court of public opinion to free him.”

It happened after midnight near N.E. 23rd and Martin Luther King Blvd.

PAYNE COUNTY, Okla (KFOR) – A three-day music festival is slated to kick off at a popular dance hall and concert venue outside of Stillwater.

Back in May, the Tumbleweed canceled the traditional Calf Fry, but now Weedstock is set to start next week, and the owner of this event says he has spent an extra $15,000 on safety and sanitation equipment to make it as safe as possible.

OKLAHOMA CITY (KFOR) - Police are seeking the public’s help in identifying the individuals involved in a chaotic Bricktown shooting.

It happened Sunday, Aug. 2 at around 2 a.m. Newly-released surveillance video shows the busy car and foot traffic in front of the Bricktown Comedy Club on Kings of Leon Lane.