OKLAHOMA CITY – Officials say three other Oklahomans have died as a result of the flu virus.

On Thursday, the Oklahoma State Department of Health announced the flu has claimed the lives of 24 Oklahomans and led to more than 674 hospitalizations statewide. Most of the deaths occurred in patients who were over the age of 65.

Health department officials say residents in Tulsa, Oklahoma and Cleveland counties are dealing with the highest number of hospitalizations related to the flu.

Although health data suggests that this flu is much less severe than it has been in the last few years, the virus is still causing issues for some Oklahoma communities. 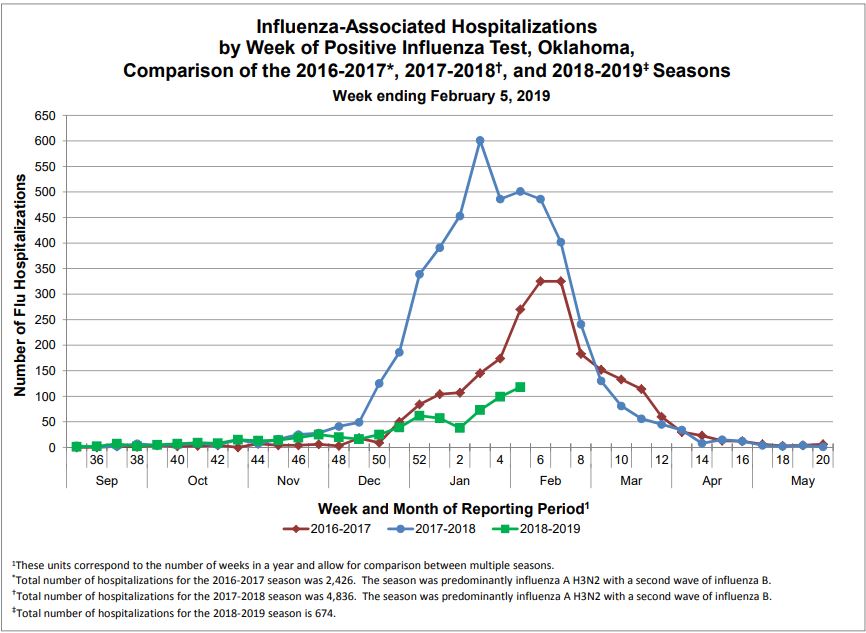 Earlier this week, Mercy Hospital in Ardmore announced that it was discouraging visitors in order to keep the spread of the flu virus to a minimum.

Also, two area school districts said they would be closing for the rest of the week due to a drastic increase in students and staff members suffering from the flu.

Experts say there is still time to get a flu shot to avoid the illness.