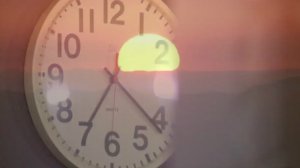 Beginning in 2007, Daylight Saving Time starts in the United States on the second Sunday in March and ends on the first Sunday in November.

Timeline:
1784 – The idea of daylight saving is first conceived by Benjamin Franklin.

March 19, 1918 – The Standard Time Act establishes time zones and daylight saving. Daylight saving is repealed in 1919, but continues to be recognized in certain areas of the United States.

1966 – The Uniform Time Act of 1966 establishes the system of uniform Daylight Saving Time throughout the United States. The dates are the last Sunday in April to the last Sunday in October. States can exempt themselves from participation.

1974-1975 – Congress extends DLS in order to save energy during the energy crisis.

1986-2006 – Daylight Saving Time begins on the first Sunday in April and ends on the last Sunday in October.

August 8, 2005 – President George W. Bush signs the Energy Policy Act of 2005 into law. Part of the act will extend Daylight Saving Time starting in 2007, from the second Sunday in March to the first Sunday in November.

2007 – Under the new laws, all of Indiana now observes Daylight Saving Time, where only certain areas of the state did before.

The US territories of Guam, Puerto Rico, Virgin Islands and American Samoa also do not observe DLS.

What countries follow Daylight Saving Time?
About 70 countries around the world observe DLS.

Many countries near the equator do not adjust their clocks for daylight saving.

Some countries refer to “Daylight Saving Time” as “Summer Time.”