OKLAHOMA CITY – A man who is deaf has been given a $175,000 settlement after claiming Oklahoma Highway Patrol troopers used excessive force during an arrest.

Pearson was arrested in south Oklahoma City on the night of January 3, 2014.

After the arrest came a firestorm of criticism because Pearson is deaf and he was seriously injured during the ordeal, which was captured on one trooper’s dash camera.

Oklahoma County District Attorney David Prater cleared the troopers of all wrongdoing and charged Pearson with a misdemeanor crime.

Last year, he sat down with Ali Meyer to tell his side of the story, more than three years after the arrest.

Pearson, who is 68 years old now, was headed home from a community deaf group meeting when the OHP tried to pull him over for suspected involvement in a hit-and-run.

The troopers didn’t know he is deaf and non-verbal.

He can communicate with the help of an interpreter.

“You know, they hit me in the face first. After that, I was thrown. I didn’t know why I was handcuffed, and I didn’t know why it was happening,” Pearson said. “After the beating and all that, I tried to communicate (to officers) I need an ambulance. They were like no, no. They were going slow as snails. I was thinking, please, Lord, don’t let me die here. When I finally got to the hospital, I thought I’m safe.”

One of the troopers captured the arrest on dash camera.

Most of the action occurs off-camera, but the audio is critical to understanding what happened.

Prater said he used the video and audio in making legal decisions about the case.

The video and audio from dash camera confirm a struggle that lasted five and a half minutes.

The arresting officers did not know Pearson was deaf until after he was handcuffed and subdued.

Pearson, his family and his attorney, Scott Adams, fought the charge against him.

They were preparing for trial when the district attorney dropped the case.

Prater dismissed the case citing the cost to taxpayers.

According to the motion filed in district court, the estimated cost to prosecute the case was expected to be very high because of the cost associated with hiring out-of-state interpreters, which a judge ruled was required.

Pearson keeps a placard in his car that reads: “Driver is deaf. Failure to follow verbal commands means I am NOT hearing you.”

It is his first tool for communicating his disability in a situation where there may have been misunderstanding.

He had the placard in his car the night he was arrested, but he didn’t have a chance to show the officers who acted quickly when they pulled him over.

“All I know is I just don’t get why they beat me up like that,” Pearl told News 4 last year. “They looked at me, and they assumed a stereotype that they assume is the case about all people that look like me.”

Pearson filed a civil lawsuit against the OHP and the troopers involved in his arrest, claiming the troopers “used unnecessary, unprovoked and excessive force.”

Earlier this year, a federal judge approved a settlement between the Oklahoma Department of Public Safety and Pearson.

DPS said the settlement is not an admission of liability but made in order to resolve the matter and to avoid the expenses and uncertainties of litigation.

Pearson was also awarded a settlement of $20,000 from Oklahoma County. 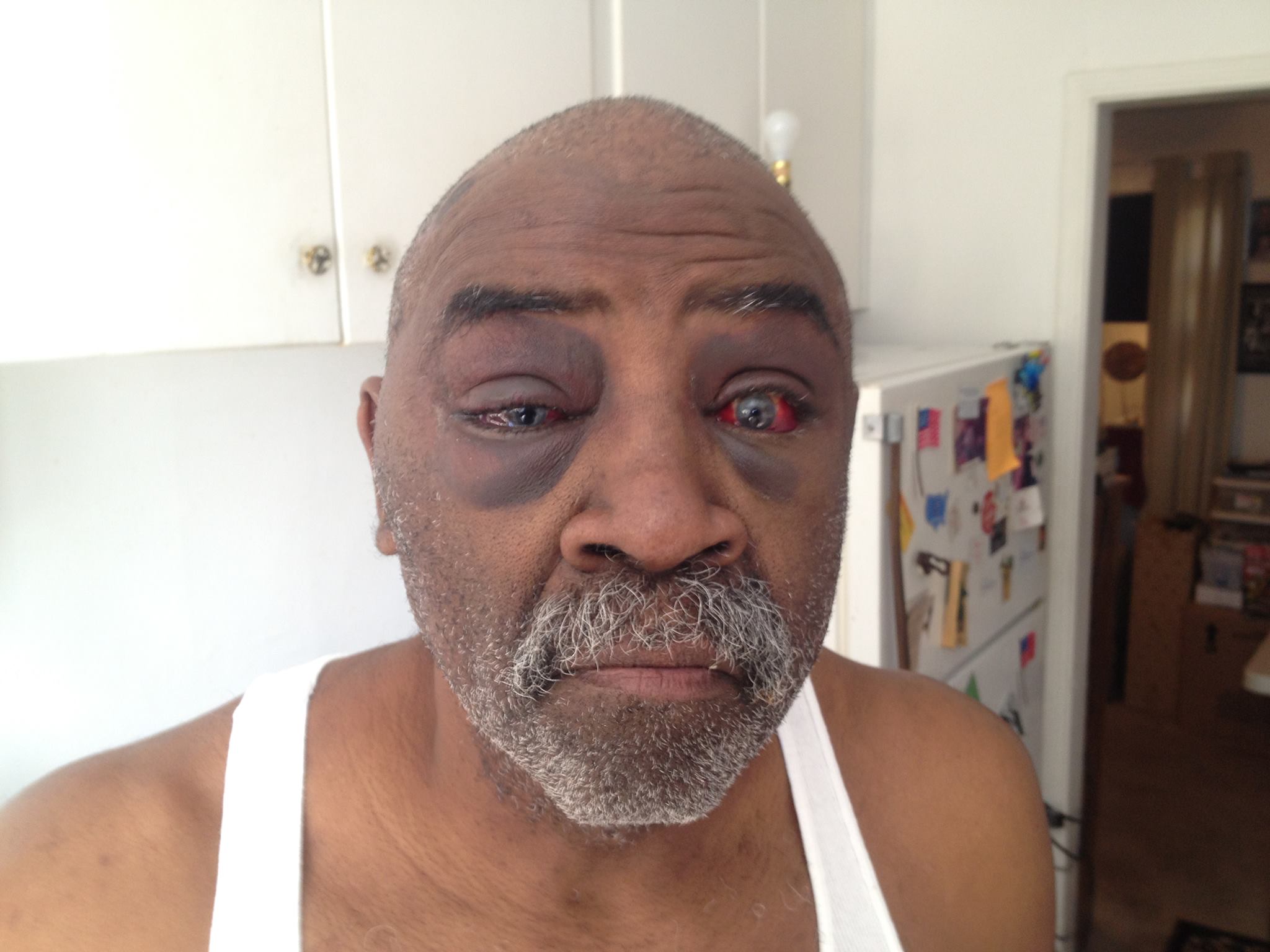 Pearson and his family provided KFOR with this statement:

“Putting a dollar amount on such a horrific event and years of dealing with the mental stress and physical injuries is not possible but, in the end, the Department of Public Safety (DPS) paid the maximum allowed by state law. Our hope is that all law enforcement agencies would take proactive steps to educate and train their officers on how to interact with deaf individuals. Using excessive force on any deaf individual because that individual cannot hear an officer’s instructions is not an acceptable option. Integris Southwest Medical Center, Oklahoma County Jail and Armor Correctional Health Services also had to pay in a separate settlement for not providing sign language interpreters in order to communicate with Pearl, which resulted in pain and suffering due to untreated injuries. Providing sign language interpreters as a standard practice is significantly less costly than defending your agency or business in a civil suit. Moving forward, we are relieved that this event can be put behind us and will continue to pray for change.”