DEL CITY, Okla. (KFOR) – Oklahomans were reportedly taken for more than $313,000 as  embezzlement and fraud charges are brought against a husband and wife roofing company in Del City.

Hoang is one of those Oklahomans reportedly scammed by Ultimate Roofing and Construction.

"They appeared to be very honest at the beginning, but when you give them money everything just started to go downhill," Hoang said.

Hoang says he gave the company almost $6,000 as a deposit to fix his roof. He says after months of phone calls, the work was never done.

"They just ignored us. They didn't care, so I was angry a little bit," he said.

Hoang  lives in Oklahoma City, but Ultimate Roofing allegedly had victims all over the metro in Midwest City, Noble, Yukon and Del City.

"They would take money up front, not do the work," said Attorney General Mike Hunter.

The Attorney General's Office filed fraud and embezzlement charges against Bobby and Crystal Smith, alleging they took at least 10 Oklahomas for more than $313,000.

"If you are going to make a living or attempt to make a living off of taking advantage of people, we're going to put all of our efforts towards seeing that comes to a screeching halt. So the Smiths, they have gotten away with it for a while, but its gonna stop," Hunter said.

Sherry Douglas says they actually did do repair work on her brother's house, but the work was done improperly. James Hendrix had reportedly paid Ultimate up front for labor and materials, almost $13,000.  But later, the place where Ultimate had bought the supplies came back and put a lien on the house because Ultimate had reportedly not paid for the materials.

" I feel for people that trust in the roofing company to do their job and it don't get done," Douglas said. 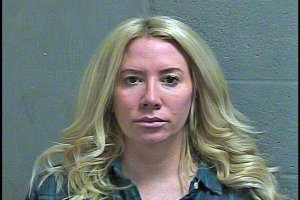 Hunter told News 4 that Bobby Smith was arrested on Tuesday morning and booked into jail. Crystal Smith is now in custody as well.

Hunter says they want to crack down on the crime but also get money back for the people allegedly scammed.

"Given what we see out of these people, we don’t have any confidence that we are going to get anybody’s money back, but we will certainly try," Hunter said.