WAGONER COUNTY, Okla. (KFOR) – Investigators in Wagoner County say they found a “house of horrors” when they began investigating a potential kidnapping case.

On Dec. 10, deputies with the Wagoner County Sheriff’s Office were called by the Muskogee Police Department about a possible kidnapping and aggravated assault.

Deputies learned that the victim had been rushed to the intensive care unit at a nearby hospital with severe injuries. Authorities with the Muskogee Police Department said they were holding 36-year-old Joseph Meyer on reports that he held the victim against her will for three days.

The victim told investigators that Meyer had kidnapped her at gunpoint and took her to his home for three days. According to the probable cause affidavit, the victim says she was beaten with a handgun, a metal pipe, and strangled to the point of unconsciousness over the span of three days.

The victim was able to escape one night after the utilities were shut off to the house and Meyer moved them to a motel.

“I never get used to the evil deeds people do to others. The victim and everyone at this department are happy she survived. It was clear that she would continue being a victim of this horrific crime for the rest of her life,” said Wagoner County Sheriff Chris Elliott.

Deputies in Wagoner County obtained a search warrant and went to Meyer’s home, but they weren’t prepared for what they found.

When they got inside the home, deputies say they found a “house of horrors.”

Officials say they found a young dog that appeared to be close to death.

“The dog was wrapped in a steel wire with no food, water, or shelter just waiting to die,” an investigator said. 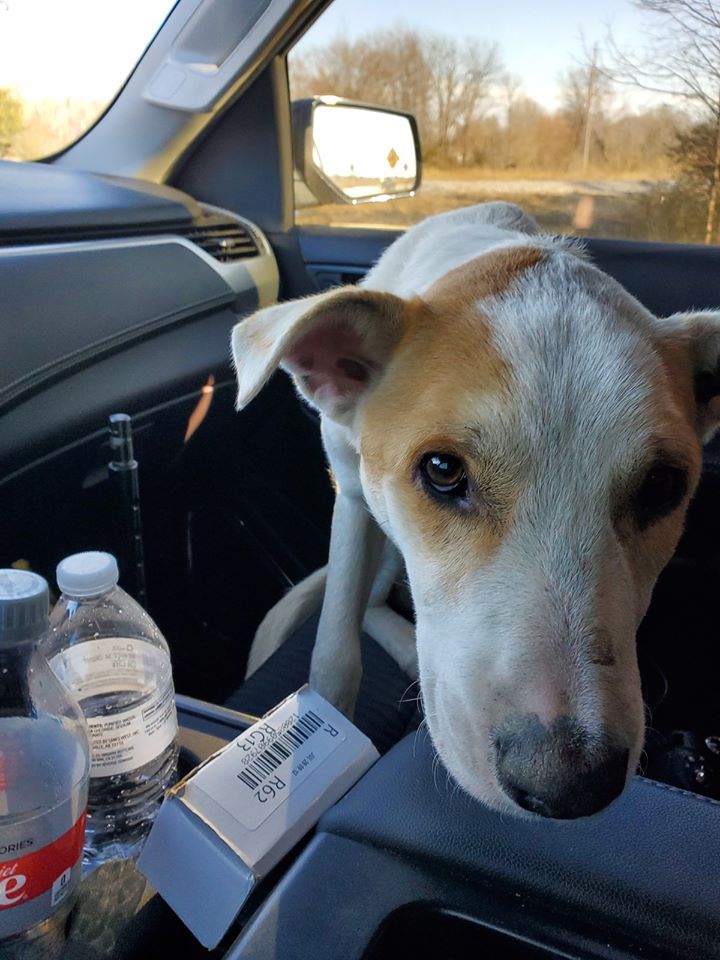 The probable cause affidavit states that Meyer also turned his anger on Bandit, the victim’s defenseless dog. Meyer allegedly beat, strangled, poisoned, and left Bandit for dead during the ordeal.

According to clinic staff, Bandit suffered from severe dehydration, starvation, head trauma, a swollen neck from being strangled and other trauma causing pain throughout Bandit’s body.

Officials say Bandit was severely abused but is now on the road to recovery.

“The hurting of pets is a common trait among abusers as a vehicle to inflict pain and suffering to the intended victim. I’m just happy my staff had the heart to save Bandit from a long and painful death that no animal in this world deserves. We will seek justice for the victim and her beloved pet in the case,” Elliott said.

Ryan Newman in serious condition after scary crash at Daytona 500