TULSA, Okla. (KFOR) – A disruptive passenger who forced an American Airlines flight to divert to Tulsa has now been charged.

Officials say passengers on American Airlines flight 807 made an unexpected stop in Tulsa on Wednesday morning due to an incident involving a passenger.

Investigators allege that a female victim alerted flight attendants to an alleged assault that had occurred involving a male passenger.

The crew immediately worked to make an emergency landing in Tulsa.

Once the flight landed in Tulsa, police removed James Cholewinski- Boy and took him into custody for public intoxication. 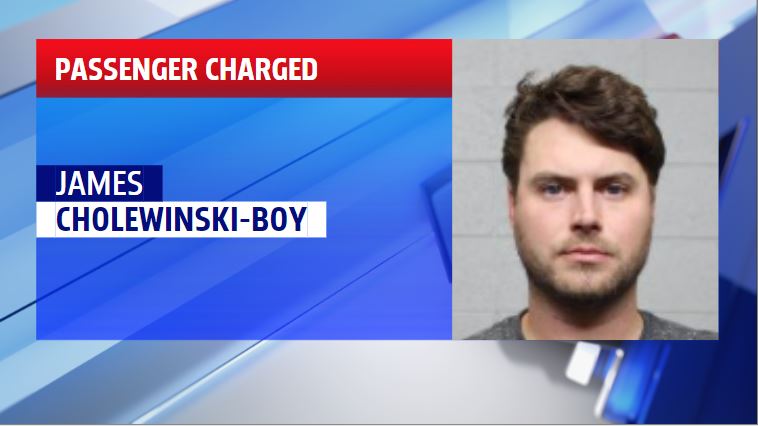 On Friday, the United States Attorneys Office of the Northern District of Oklahoma announced that Cholewinski- Boy was charged with criminal sexual misconduct. They say the charge stems from him ‘engaging in unwanted sexual contact.’

“This week, American flight 807, traveling from North Carolina to Utah, was diverted to Tulsa due to the alleged conduct of passenger James Clayton Cholewinski-Boy. Today, the United States Attorney’s Office filed criminal charges as a result of Mr. Cholewinski-Boy’s alleged actions on the plane,” said U.S. Attorney Trent Shores of the Northern District of Oklahoma. “The public should know these allegations pertain to criminal sexual misconduct by Mr. Cholewinski-Boy against a female passenger, not a threat to the plane or air travel. The Federal Bureau of Investigation along with Tulsa International Airport law enforcement officers responded swiftly and professionally to this situation as soon as the plane touched down in Tulsa. The FBI will investigate this matter moving forward. I am thankful for the men and women of law enforcement who work to ensure the safety and security of the traveling public.”

OKLAHOMA CITY (KFOR) - Good news as Oklahoma continues its fight against COVID-19. A single dose booster of Pfizer vaccine has been approved for an Emergency Use Authorization-- opening up eligibility to a wide range of Oklahomans.

“Cases are down in Oklahoma right now. I think we can bring them down even more,” said Dr. Dale Bratzler, OU Chief Covid Officer.

MIDWEST CITY, Okla. (KFOR) - A be-on-the-lookout notice was sent out to Tinker Air Force Base employees warning about a potentially dangerous man.

The document was forwarded to News 4 from a source who works inside the base.

DEL CITY, Okla. (KFOR) - A family member is speaking out after a man and woman were killed in an apparent murder-suicide on Monday.

Police say 23-year-old Aaron Butler shot and killed 22-year-old Trisha Fernandez before turning the gun on himself. Police say they were in a relationship and having issues.