OKLAHOMA CITY – Three and a half years ago Olly, a Cavalier King Charles Spaniel, went missing.

Katelynn Hall, Olly’s owner, frantically looked for him, but he was nowhere to be found.

On Monday, over three years later, Katelynn received a text saying someone had found her dog on a rescue Facebook page.

Katelynn called the rescue and found out Boomer was in a foster home.

Olly and Katelynn were reunited. 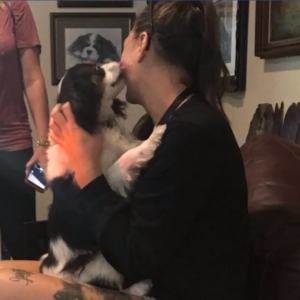 “So after calling around for a couple hours this morning, I found my Olly dog had been living with a foster family for two months after escaping whatever treachery kept him from me all that time ago. And now he’s home and my soul feels complete,” Katelynn wrote in a Facebook post.

Hall says she will be donating time and money to the rescue who brought Olly back to her. 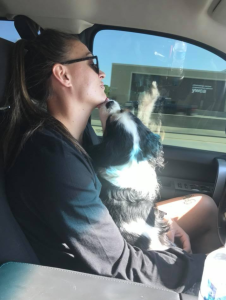 ANAHEIM, Calif. (KTLA) -- A pregnant woman was killed after being struck by a car while walking on a California sidewalk Tuesday, officials said.

The baby was removed from the mother's body and was being treated, Anaheim police Sgt. Shane Carringer said. The woman was believed to be 35 weeks pregnant, he said.

JOHANNESBURG (AP) — An outcry is rising in Somalia as parliament considers a bill that would allow child marriage once a girl’s sexual organs mature and would allow forced marriage as long as the family gives their consent.

The bill is a dramatic reworking of years of efforts by civil society to bring forward a proposed law to give more protections to women in one of the world’s most conservative countries.

CHAGRIN FALLS, Ohio (WJW) — How far would you go to keep a promise to satisfy a customer?