OKLAHOMA CITY – While experts are still concerned about the drought continuing across the Sooner State, a series of storms brought much-needed moisture to central and southeastern parts of the state.

Officials with the Oklahoma Climatological Survey say that February rain records were shattered as storms brought snow, sleet and rain to Oklahoma at the end of the month.

According to preliminary data from the Oklahoma Mesonet, the statewide average rainfall finished at 4.33 inches, making it the second wettest February on record.

The Oklahoma Mesonet site at Broken Bow led the state with  17.65 inches of rainfall, the highest total ever recorded in Oklahoma during February. The total was nearly 14 inches above normal.

Sites at Idabel, Mt. Herman and Valliant each had at least 15 inches of rain, which also beat out the previous state record. 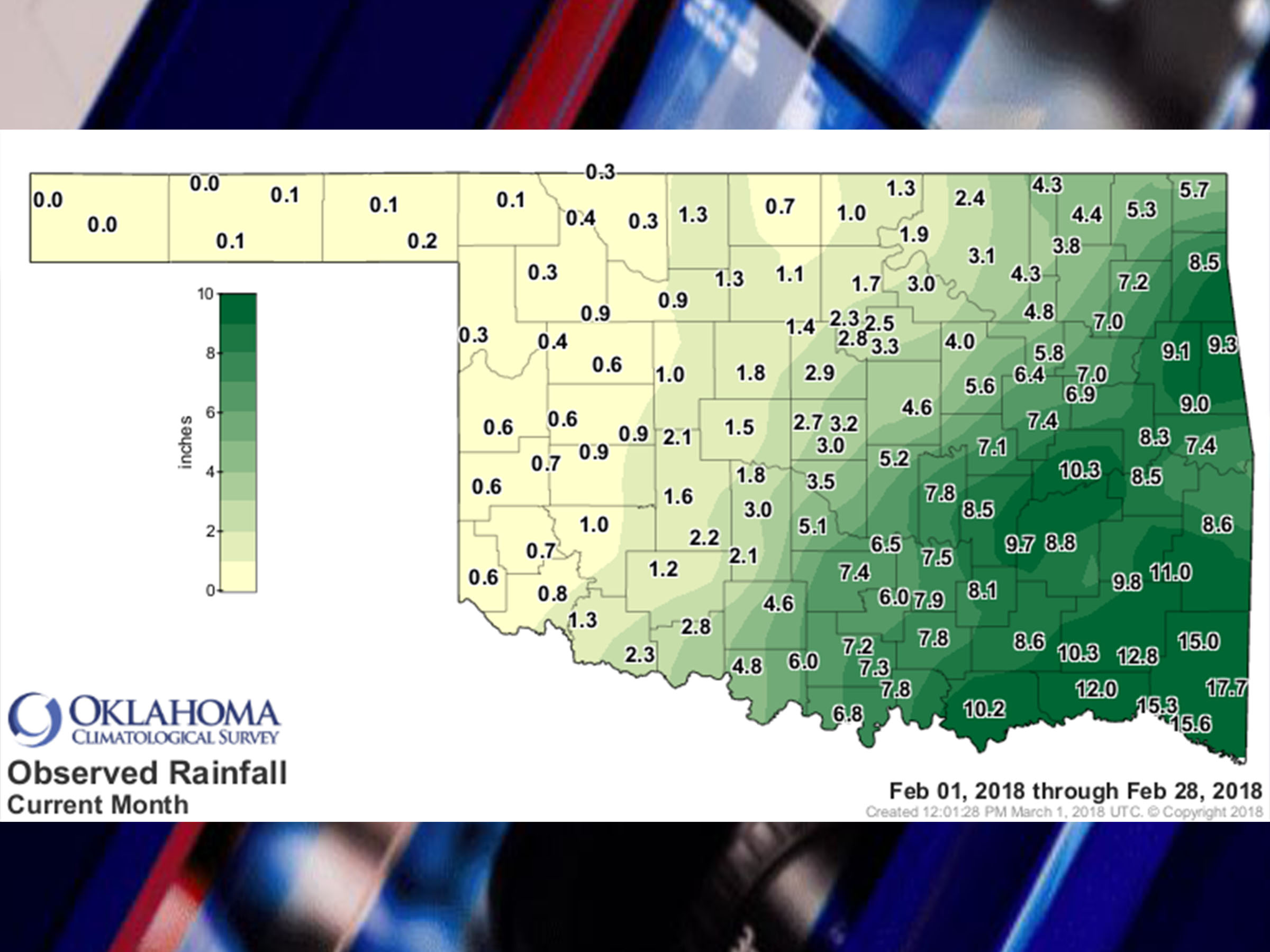 However, not everyone got a break from the drought.

Officials say the dry streak in the northwest that began in early October has continued. In fact, the rainfall in the Panhandle was more than a half-inch below normal, making it the eighth driest February on record.

While the rain helped, the latest U.S. Drought Monitor report states that 66 percent of Oklahoma remains in some form of drought. Nearly 44 percent of the drought is still considered “severe” or “extreme.”

Experts warn that things may simply get worse in western Oklahoma in the months ahead.