EDMOND, Okla. – Schools across the state are already bracing for budget cuts, but now one Edmond school will have to come up with more money to pay for destruction that was caused by vandals.

On April 19, Edmond officers were called to Orvis Risner Elementary School after crews reported that the school had been targeted by vandals.

Employees at the school told police that a construction crew noticed lights were on in one of the portable buildings on campus around 5 a.m. that morning.

When they checked the building, they discovered that it had been ransacked and vandalized.

According to the police report, tables had been overturned, supplies had been thrown across the room and fake theatrical blood had been poured around the classroom. Officials also noticed that gang graffiti had been spray painted on different pieces of furniture. 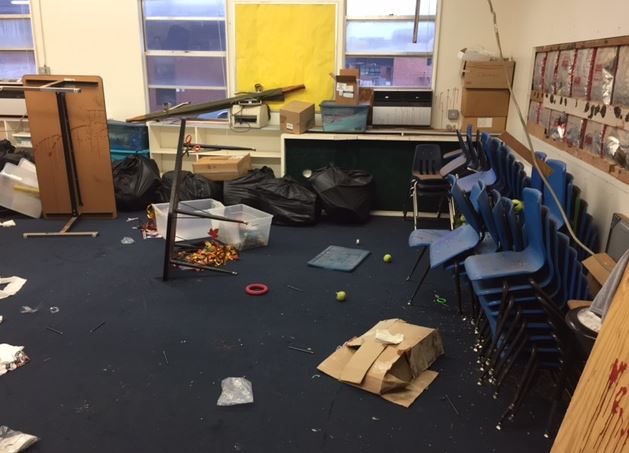 A short time later, officers were called back to the school when employees discovered more graffiti on the outside of the building and the breezeway.

In addition to graphic language being spray painted on the building, some of the images were graphic in nature.

So far, no arrests have been made in the case.

However, the culprit could face second-degree burglary charges and malicious injury or destruction of property charges.