OKLAHOMA CITY – An elderly woman’s treasured wedding ring has been found after she says it was stolen off her finger while she was sleeping at a metro nursing home.

“Took her wedding rings, and they were on her finger, while she slept,” said Trela Wishon, the woman’s daughter.

Wishon said it happened at Accel at Crystal Park in Oklahoma City the Sunday after Thanksgiving.

That night, Wishon says her mother was given Ambien for the first time.

“She doesn’t take sleeping medication to sleep, especially that, and she was knocked out,” Wishon said. “And the next day she went to eat her breakfast and noticed her wedding rings were gone off her finger.” 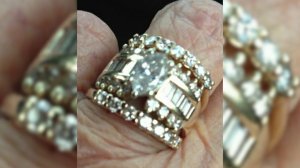 The original wedding ring was 62 years old, and since then, Wishon’s mother had been adding stones and rings for anniversaries, saving up for each treasured addition. The ring is now valued at over $30,000. However, it was the sentimental value that was truly a sickening loss. 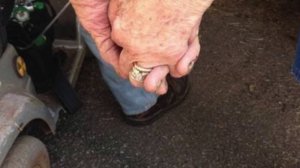 Wishon told News 4 late Wednesday night that a detective said her mother’s ring were recovered at a pawn shop in Oklahoma City.

Wishon said Accel at Crystal Park was not been helpful, sluggish with their responses to requests, and only provided a list of all the employees. She said she’s repeatedly asked for a list of the employees working that night, surveillance video available from the halls surrounding her mother’s room, and who the home is insured with.

Accel at Crystal Park was previously reached by News 4 for the story, but declined to comment.