OKLAHOMA CITY – Soccer fans across Oklahoma can come together at a fun event to watch the United States compete in the Women’s World Cup finals.

The U.S. Women’s National Team has been stellar this World Cup, defeating every opponent up to this point. On Tuesday, the team clinched its berth in the finals with a 2-1 win over England.

As the team waits to find out who it will play on Sunday in the finals, fans across the state are already making plans for the big game.

Energy FC is throwing a huge 2019 World Cup Watch Party in downtown Oklahoma City at Together Square on Sunday, July 7 from 9 a.m. to 1 p.m. 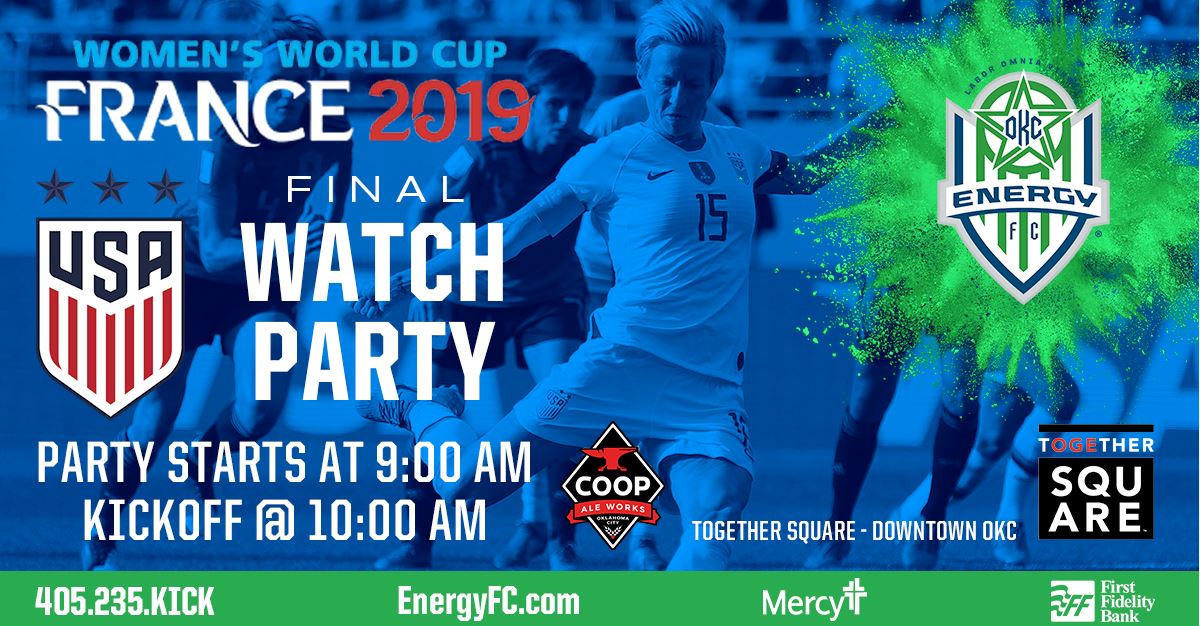 Organizers say Energy FC, COOP Ale Works and local food trucks are teaming up so Oklahoma City can come together as #OneNationOneTeam and cheer on the U.S. Women’s National Team.

Visitors say the match will be shown on a jumbotron truck, and a COOP Mobile Taproom will be there all day with $4 beers. Guests can also enjoy inflatables, yard games, food trucks, a live DJ, face painting and hundreds of giveaways.

Chairs and blankets are encouraged for enjoying the match.

The event is free and pet-friendly.

This is the third straight appearance in the World Cup finals for the U.S. team, who is the reigning World Cup champs.

OKLAHOMA CITY (KFOR) – There are 1,237 new confirmed COVID-19 cases and 4 more deaths from the virus in Oklahoma, the Oklahoma State Department of Health reported on Saturday.

There have now been 75,804 confirmed cases of COVID-19 and 943 deaths from the virus since the pandemic began in March, according to OSDH.