TECUMSEH, Okla. – One week after 42-year-old Genia Wright was killed in a hit-and-run crash near Tecumseh, her family is pleading for the driver involved to come forward.

Police are still searching for a light-colored pickup they believe was the first vehicle to hit Wright around 6:30 a.m. on Aug. 8.

Her family says they need to know what actually happened before they can find closure. 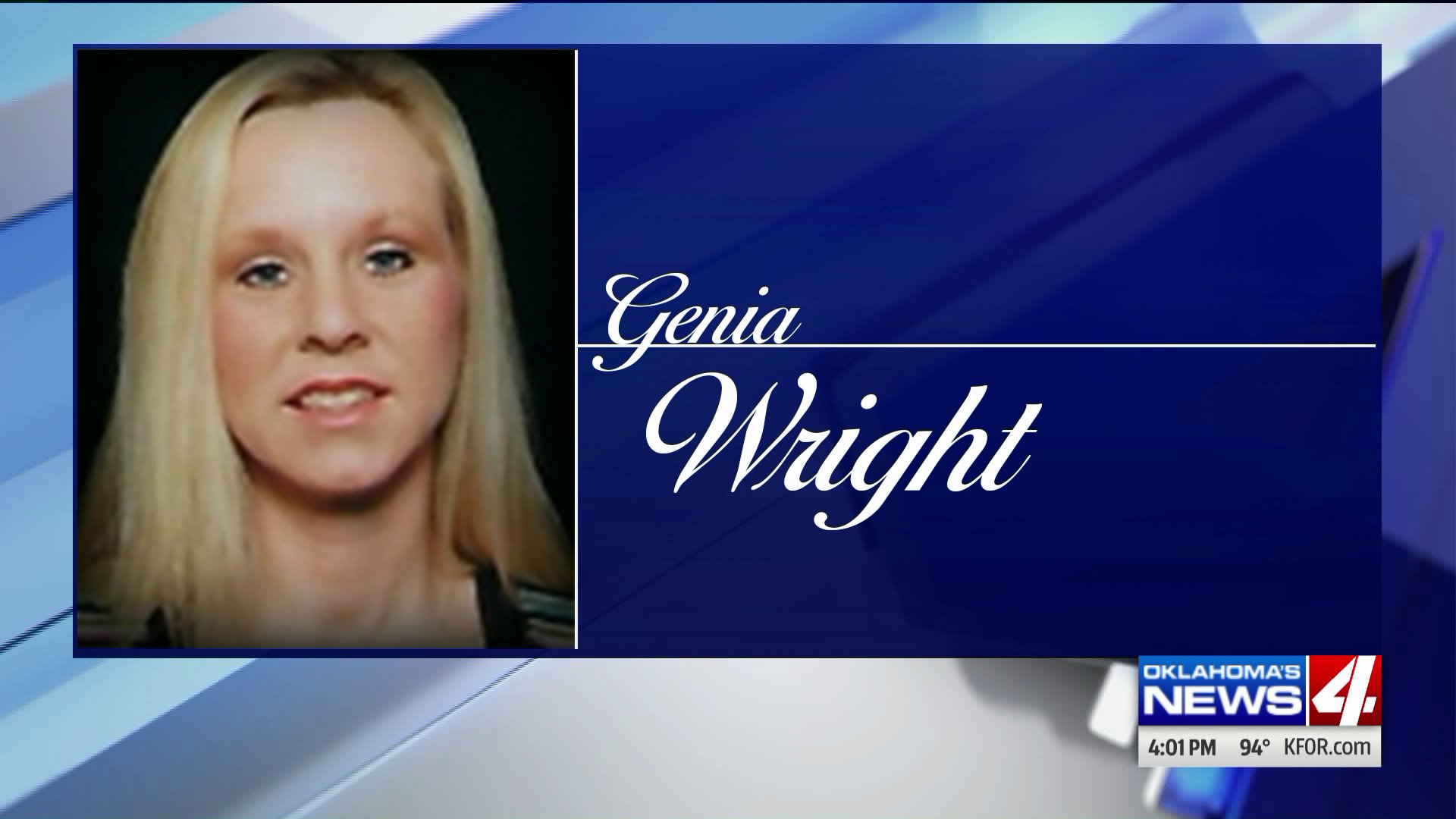 Wright’s family says they didn’t find out what happened to Genia until the day after she died. When they learned about the circumstances, they broke down.

“They knew it was a person they ran over, and she was hit more than once,” said Karrie Deaton, Genia’s mother.  “They left her there to die like an animal, and that wasn’t an animal, that was my child.”

Police interviewed the driver of the second vehicle that hit Genia, and what she told them led investigators to believe there was a light-colored pickup that hit her first.

Now, her family wants the driver of that pickup to come forward so both sides can feel better about the situation.

“I know they probably have a guilty conscience but if they would just come forward and let us know, maybe our family would be at peace,” Olivia, Genia’s daughter, said. “Maybe they would have some peace too.”

Genia’s family says she struggled with addiction among other things, but she had a good heart.  They believe she was actually trying to walk to her mother’s house near Ada the morning she was hit.

“I wish I could have said goodbye.  I wish I could hear her voice one more time,” Olivia said.  “It’s hard knowing she suffered that, and they just left her there.”

If you have any information about the light-colored truck, you are asked to contact the Tecumseh Police Department at (405) 598-3755.

SAN FRANCISCO, Calif. (KRON) - President Donald Trump and his daughter Ivanka donated money to re-elect Senator Kamala Harris as Attorney General back in 2014, according to records.

Three donations were made under their names for thousands of dollars:

OKLAHOMA CITY (KFOR) - More and more people are holding virtual meetings as a way to socially distance while at work.

Unfortunately, it turned into a disturbing encounter for one Oklahoma City law firm.

Forty-three-year-old Maya Mitchell was found dead in her Del City apartment on Friday.

Man says he was robbed, beaten in Bricktown